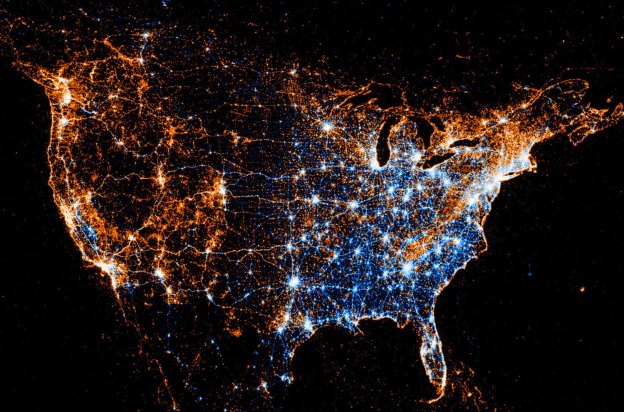 Hey, America, you’re falling behind the rest of the world in today’s digital information age. According to the FCC, some 19 million Americans (6 percent of the U.S. population) still live in areas where broadband service isn’t an option. More astonishing, though, are the 100 million people with broadband available but who simply don’t subscribe – and it’s not because of the cost. The most common reason that one-third of Americans are crawling behind the high-speed revolution? They just don’t care.

Despite being the birthplace of the Internet, the United States is home to broadband service that’s merely mediocre. Sluggish connections and exorbitant pricing packages leave Americans languishing in the wake of Internet surfers from places like Hong Kong, where residents can get 500Mbps symmetric fiber service for just $25 per month.

While Americans do pay more for high-end speeds than residents of many countries, the progressive pricing prevalent in our market means that entry-level broadband is actually cheaper. “The monthly price for entry-level broadband is only around 20 bucks a month,” said Richard Bennett of the Information Technology and Innovation Foundation, a non-partisan technology think tank. “[That] comes down to what, maybe four packs of cigarettes a month? Pizza and beer? Four Big Macs? I mean, that’s not a lot of money.”

Indeed, Americans who don’t have broadband service say it’s not about money at all; they’re just not finding a relevant reason to connect. New figures from the Pew Research Center show the top reason 31 percent of people give for not using email or the Internet is that they’re “just not interested.” There’s a hefty gap between that and the next most common reasons: 12 percent of nonsubscribers cite their lack of a computer, and the 10 percent say it’s too expensive. Those are followed by the 9 percent of people who say it’s too difficult, and the 7 percent who say it’s a waste of time. Finally, 6 percent of Americans surveyed say they don’t have access to high-speed Internet.

“There’s almost nothing that humans do on the planet today that having access to the Internet doesn’t enhance or provide information about.”

“A lot of the people who are commenting on broadband in America are just hammering on this point that they believe on the basis of faulty information that our networks are too slow,” Bennett said. “What it basically amounts to is they’re promoting a big subsidy program to build cheaper and cheaper ultra high-speed networks all over America, but that’s not the problem.” According to Bennett, the problem is that people aren’t taking advantage of the high-speed networks. “We have very good facilities today, but people aren’t using them.”

Those attitudes and patterns have helped create a digital and cultural chasm that divides the haves from the have-nots, say experts like Larry Irving, a former head of the National Telecommunications Infrastructure Administration who’s widely credited with coining the term “digital divide.”

“To be on the other side of the divide and to not have access to broadband is problematic,” Irving said. “It’s healthcare. It’s security. It’s education. It’s community. It’s how we’re getting our news; it’s how we’re getting information.” According to Irving, broadband is “a lifeline” when major disasters are happening around the world. “There’s almost nothing that humans do on the planet today that having access to the Internet doesn’t enhance or provide information about.”

Reaching out for digital literacy

Irving says outreach may be the real key to reaching Americans who aren’t keeping pace with the rest of the world. Some of the barrier is cultural, he notes, while other hurdles are educational, and, inevitably, financial. “Part of it is also a sense of disconnect from the content, folks not knowing how much content there is that could be or should be of value to them on the Internet,” Irving said.

Bennett agrees. He thinks there’s a considerable number of people who aren’t familiar with the Internet and don’t understand its value. “They hear all these horror stories about how the prices are too high and the content is just a bunch of pornography and slander, and you know, they just don’t want to be involved,” Bennett said.

Irving foresees digital literacy being delivered via both the public and private sectors. “Libraries, schools, online services, industry all have a stake in helping people improve digital literacy and that activity has been going on since I was in government when there were programs geared towards providing ‘drivers ed for the information superhighway,'” Irving said in an email.

And once people get a taste of broadband and the Internet, Bennett adds, they don’t usually tend go back.

Free access at libraries has been instrumental in introducing people to all the Internet can offer. But as America shifts to a high-speed, mobile global community, libraries can’t compete. “As we migrate from stationary computers, we need to find something that will supplant or supplement or complement what libraries did to give people a sense of ‘Here’s why computers matter to you,'” Irving said.

Mobile devices could be that solution. With prices for entry-level mobile devices such as the Kindle Fire and low-end tablets continuing to drop, manufacturers will discover a huge untapped market for these devices among unconnected Americans.

“What nobody seems to be fully focused on is that so much of the bridging of the digital divide is taking place because of the wireless revolution, because you’ve given people new ways and options on how they’re going to get onto the Internet that we really couldn’t foresee a few years ago, and because the price point for some of these wireless devices are so low,” Irving said. “That’s the market at work, and I think that’s kind of what we want to see.”

The flipside of that market equation is innovation. According to Irving, before Apple created the iPhone and the iPad, nobody anticipated wanting a device with that kind of functionality. They built it – and we came in droves. Companies need to continue to innovate and build devices and technology that make people want to get on board, whether that’s affordable mobile devices or gigabit Internet access.

But back to those 19 million Americans who don’t have connectivity at all yet. “In my opinion, the bigger problem is in the rural areas of our nation,” writes Irving. “There may be 5 to 10 percent of the rural population where it is difficult and expensive to provide [affordable] quality broadband access. In those areas there is a need to rethink our current strategy.”

Our current patchwork of subsidies could prove problematic for rural connectivity efforts, he notes. “To my mind we want a targeted, focused approach that provides affordable, quality access to rural Americans without distorting the marketplace,” Irving said. “That will not be an easy task, but the current subsidization scheme is bureaucratic, bloated and broken, so we need to think carefully about how to help rural consumers without harming competition or loading costs on non-rural consumers and providers.”

Among connected consumers, companies like Time-Warner are still in denial that consumers could actually want gigabit internet speeds, but prices will remain high as the market sorts it all out. “Early adopters will pay higher costs because early adopters always do,” Irving said. “They will pioneer. And others will say ‘Wow, Mr. and Mrs. Jones can do that with that network!’ And they’ll want it too.” In a time where the cloud and streaming video makes up the majority of what’s online, not to mention HD video and HD screen, as Irving puts it, it’s easy to imagine that people are going to want speed.

As the market adjusts, we need to be nudging the one-third of Americans still without broadband toward an understanding of why becoming citizens of the Internet is relevant to their lives right now. Higher adoption rates and more customers mean more demand and more pressure on companies to turn out higher speeds at reasonable prices. In the meantime, the rest of us early-adopter bandwidth-addicts who crave competitive speeds will just have to keep shelling out the dough.