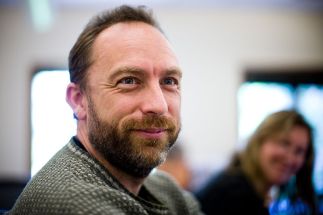 Wikipedia, the popular online encyclopedia that seems to turn up on the first page of every Google search anyone ever does, is losing contributors.

Founder Jimmy Wales told the Associated Press on Thursday that some volunteers who provide content for the site have grown tired of the laborious editing procedures.

Wales, who is attending the website’s seventh annual get-together in Haifa, Israel, called the methods used to contribute and edit material “convoluted,” adding: “A lot of editorial guidelines….are impenetrable to new users.”

According to AP’s report, as of March this year the site had around 90,000 contributors, which sounds pretty healthy to us. It’s not clear at what rate they’re leaving the site, but Wales would like to increase the count by some 5,000 by June 2012.

While the website is used by many people around the world, Wales described the typical contributor as “a 26-year-old geeky male” who eventually gets married and moves on to other things. Wales is hoping to change this.

One of the ways it’s planning to increase numbers is through the expansion of a program which has professors at universities in a number of countries encouraging students to write articles for the website.

The online encyclopedia occasionally comes under fire for being unreliable, and is sometimes targeted by jokers changing entries. However, tighter controls have been introduced over the years to improve content, prompting Wikipedia’s executive director Sue Gardner to say in a speech at the conference on Thursday: “Making fun of Wikipedia is so 2007.” The problem might be that it’s the tightening of controls to prevent rogue articles that has caused the contributing/editing process to become so convoluted.

Jimmy Wales was keen to point out that the drop in the number of contributors was nowhere near turning into an emergency situation for the site. “It is not a crisis, but I consider it to be important,” he said.

The non-profit online encyclopedia website launched just over ten years ago and is currently home to over 3.7 million English-language articles. Overall there are 19 million articles in 282 languages. It is currently the fifth most visited website on the Internet.