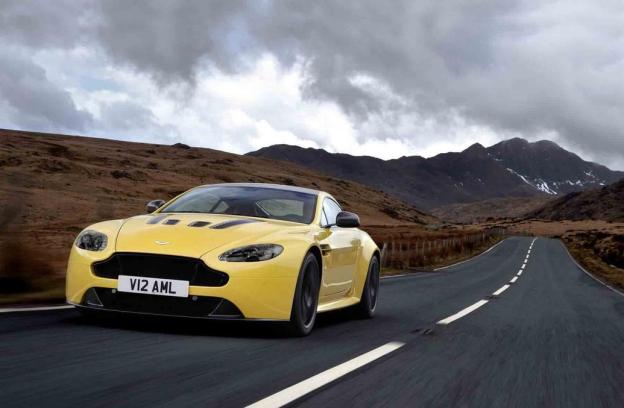 We all knew this was coming. Aston Martin showed the glorious V12 Vantage S back in May, but didn’t quote a price. We knew it would be expensive, but that doesn’t make the sticker shock any less painful.

The V12 Vantage S will start at $184,995 which, admittedly, sounds about right for what the company calls “the most extreme Aston Martin in history.”

The V12 Vantage S is a hardcore version of the already insane V12 Vantage. That means it’s Aston Martin’s smallest chassis with its biggest engine, the 5.9-liter AM28 V12.

That engine is good for 565 horsepower and 457 pound-feet of torque. It’s also apparently enough to make this car worth $34,000 more than a V8 Vantage S.

The “S” designation signifies a car that is more sport than luxury, which explains the V12 Vantage S’ aggressive bodywork and beefed-up components, including a three-mode adaptive suspension system. The “Normal,” “Sport,” and “Track” modes are also responsible for tuning throttle response, gearshifts, and the exhaust note.

All of that adds up to some ferocious performance. The V12 Vantage S will launch itself to 60 mph in 3.7 second and reach a top speed of 205 mph. Talk about getting your money’s worth.