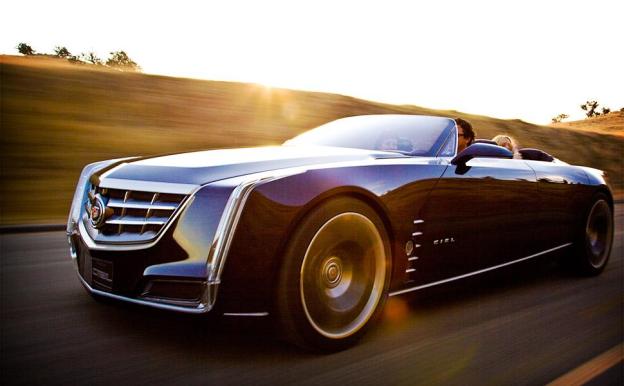 If there was any doubt that Cadillac has major clout as a global luxury brand, then an upcoming feature spread in an iconic fashion magazine might clear it up.

The New York based Bergdorf Goodman Magazine, considered a pinnacle publication in the world of fashion and design, will feature a series of classic Cadillac models on the cover and inside its June issue.

The editorial spread marks the first time the iconic fashion magazine has collaborated with a non-fashion partner on a fashion story.

Founded by master tailors Edwin Goodman and Herman Bergdorf, the June issue of  the Bergdorf Goodman magazine pays tribute to the history of American style from the beginning of the 20th century with a series of vintage-inspired collections by designers, including Oscar De La Renta, Michael Kors and Marc Jacobs.

The designer pieces are featured next to classic Cadillacs photographed by Arnaud Pyvka.

The 24-page editorial spread will feature several Cadillac automobiles and concepts dating back to 1902 when the luxury brand was founded. The featured cars include a 1912 Model 30, a 1953 Le Mans and the hot Ciel concept, which debuted in 2011 at Pebble Beach Concours d’Elegance, which likely still has many dreaming of a new convertible Cadillac.

Powered by a twin-turbocharged 3.6-liter V-6 engine that generates 425 bhp and 450 lb.-ft. of torque, the four-door Ciel Concept was inspired by the California Coastline as a representation of the potential possibilities of the luxury brand. In addition to some of its striking elements reminiscent of vintage Cadillacs, the Ciel also features a number of contemporary components like a hybrid system that allows for an all-electric drive mode.

To stay true to the automotive-inspired theme for the magazine feature, Bergdorf Goodman decided to photograph the entire story in historic General Motors’ facilities, including a climatic wind tunnel, the GM Heritage Center, and the Eero Saarinen-designed GM Design Studio.

“Cadillac has always been at the forefront of American luxury and style,” said Melody Lee, director of brand and reputation strategy, said in a press release statement. “Bergdorf Goodman has been a trailblazer in fashion, and the Cadillac feature on the cover of Bergdorf Magazine for this particular issue is both special and very fitting.”

I’m hoping that some of the buzz might prompt Cadillac to consider the idea of launching an all-new convertible car.  I think the two-door CTS would make a nice topless Cadillac model – or maybe even the new Cadillac ELR. How about you?