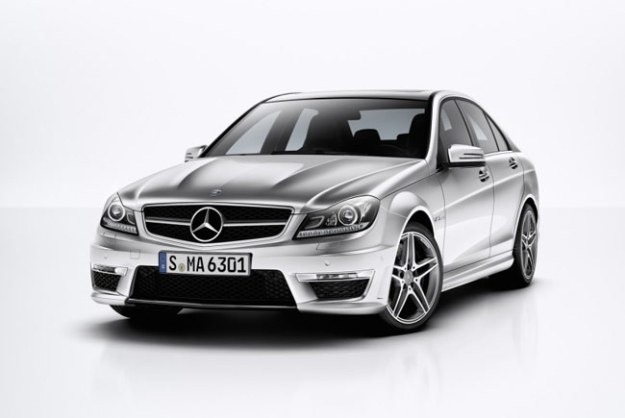 Mercedes-AMG has been downsizing, relatively speaking. Mercedes’ performance division has been phasing out its 6.2-liter V8 for a 5.5-liter, twin-turbocharged V8. The C63 AMG will follow this trend, trading its 6.2 for a 4.0-liter twin-turbo V8, according to an Autocar report that has been confirmed by Mercedes insiders.

The new engine will appear in the next generation C-Class AMG model (which may or may not keep the “63” name) and SLS AMG. These are the only models in Mercedes’ lineup still using the naturally-aspirated 6.2-liter V8, known as either M156 or M159 to AMG fans.

The M177/M178 also seems like a probable replacement for the naturally-aspirated 5.5-liter V8 in the SLK55 AMG, which is due to be replaced.

“We’ve already had downsizing to 5.5 and sophisticated direct-injection technology – we’ll see more of that in the future,” AMG chief Ola Kallenius said at the Los Angeles Auto Show, when the 4.0-liter V8 first became public. “We’ve already gone down to 5.5 and that’s the technological road we’re on.”

Other carmakers are apparently thinking the same thing. Audi is holding fast to the 4.2-liter V8 in the base R8 and upcoming RS4 Avant, one of the C63 AMG’s main rivals. BMW will replace the current M3’s 4.0-liter V8 for a six-cylinder engine with some form of forced induction, and the Cadillac ATS-V will have a V6 instead of big brother CTS-V’s V8.

The new AMG V8 will most likely debut in the C-Class which, like the upcoming E63 AMG, will be offered with all-wheel drive. The 4.0-liter unit will make its way into the SLS , and potentially the SLK and other models, at a later date.