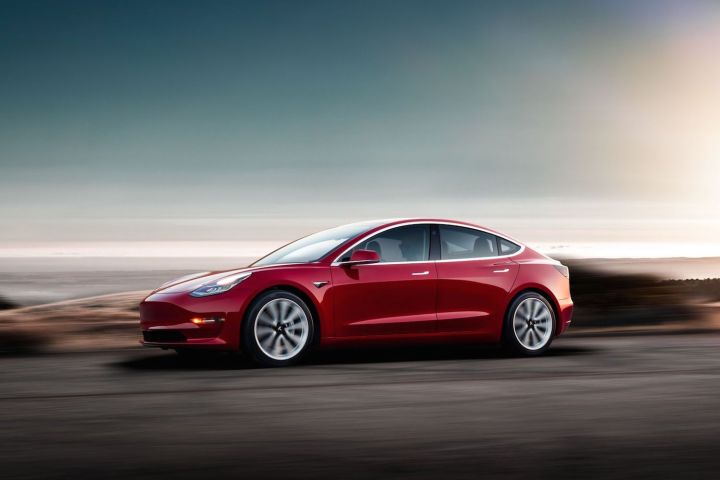 Effective January 1, the federal tax credit for Tesla electric cars has been halved. To make that less of a blow to customers, the Silicon Valley, California, automaker announced that it will reduce the price of the Model S, Model 3, and Model X in the United States by $2,000.

The full federal tax credit for electric cars is $7,500, but the credit begins to phase out once an automaker sells 200,000 cars. Tesla hit that ceiling in July 2018, meaning all cars delivered between January 1 and June 30, 2019 only qualify for a $3,750 federal credit (along with any applicable state and local incentives). The federal credit will be halved again for cars delivered from July 1 to December 31, 2019, to $1,875. After that, the credit disappears entirely.

The price cut was announced alongside Tesla’s fourth-quarter 2018 production and delivery figures. The automaker delivered 90,700 vehicles in the fourth quarter, including 63,150 Model 3 sedans, 13,500 Model S sedans, and 14,050 Model X crossovers. Deliveries for the quarter were up 8 percent over Tesla’s previous all-time high, achieved in the previous quarter. Tesla also said that it delivered 245,240 electric cars in the 2018 calendar year. The company claims that’s almost as many cars as it delivered in all previous years combined.

But Wall Street did not share Tesla’s positive attitude. Shares in the automaker dropped as much as 9 percent the day of the announcement, according to Reuters. Analysts were reportedly disappointed by delivery figures, and surprised by the price cut. Hargreaves Lansdown analyst Nicholas Hyett said in a note to clients that if Tesla continues to deliver cars at the same rate, the cut could mean $700 million in lost revenue in 2019.

Hyett added that the price cut indicates that Tesla customers “are perhaps a bit more price sensitive” than originally thought. Bank of America analyst John Murphy wrote in a client note that cutting prices indicates that demand for Teslas may not be as robust as the company previously indicated. Wedbush analyst Daniel Ives called the price cut a “potential positive,” but wrote that it’s “not what the bulls wanted to hear on the impact to profitability and ultimately the bottom line.”

Tesla turned a profit in the third quarter of 2018 but was unprofitable in the first nine months of the year. The company has been burning through cash to launch and ramp up production of the Model 3, and on other projects like an electric semi truck. With its base price of $35,000 (Tesla has only built more expensive versions so far), the Model 3 was meant to create a path to profitability by massively increasing sales volumes. But making cars is still expensive, something Tesla and its Wall Street backers are now grappling with.