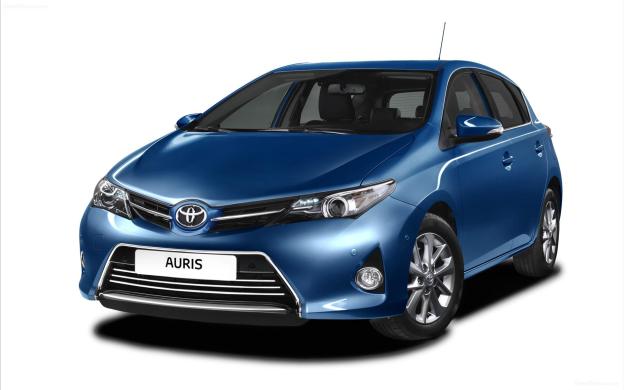 Imagine if the ideas you and your friends share about a car via Twitter or Facebook were used to help design a car as its actually being developed?

Whether it’s voting on what exterior colors a vehicle should be offered in, or identifying key interior features – every major element tied to designing the automobile would be shared and discussed on social media platforms.

Well, while we’ve yet to hear about a concept that goes this far, Toyota could be opening the door to that world with its new Twitter campaign that showcases a new Auris hybrid being built in the UK.

Touting the campaign as the world’s first social-media project of its kind, Toyota is hoping to use the Twitter project to reach scores of potential customers, as reported by Automotive News.

The campaign will include broadcasting hundreds of Tweets following the production of an Auris gasoline-electric hybrid from raw steel at the Toyota plant in Burnaston, central England to a vehicle ready for customer delivery, notes the automotive industry source.

In addition to the typical exposure generated through Twitter, Toyota also aims to highlight the emphasis that the automaker places on quality during the build process and appeal to people  interested in learning how cars are manufactured.

Think of it as Toyota’s own Discovery-like reality series played out on Twitter.

“We want to convey the quality of our cars to those who are not involved in car production and this campaign is a good way to do that,” Scott Brownlee, head of social media for Toyota Great Britain, told Automotive News. “We are also trying to engage with customers beyond the buying process at dealerships.”

The social media campaign will include links to photos, video and blog content.

The Twitter campaign will also include links to photos and videos and enable followers to interact with Toyota representatives during live chats and in the comments section.

Hopefully, Toyota is as prepared for the criticism they’ll likely get as much as the praise considering that using Twitter tends to leave you open for both.

Either way, the feedback could prove to be even more beneficial by helping to establish a platform where future car designers and consumers can share ideas as vehicles are first being developed.

After all, social media is quickly becoming the most effective way to connect to people so it makes senses that automakers would want to find more innovative ways to leverage that during the design process.

Topics
We need right-to-repair laws now more than ever
Tesla’s new million-mile battery could finally make electric cars affordable
Toyota partners with weather firm to use wiper blade data to predict weather
New battery design could mean EVs charge in only 10 minutes
Jeep is launching its first two electric SUVs in the U.S. in 2024
2024 Chevrolet Equinox EV aims for affordability with $30,000 base price
Cruise’s robot taxis head to Arizona and Texas
Uber says it’s investigating ‘cybersecurity incident’
Nvidia’s Drive Concierge will fill your car with screens
The Uber hack is an outrageous tale of a teen hacking for fun
Tesla to fix window software on 1M of its U.S. cars
Lux and refreshingly livable, Mercedes’ EQE moves EVs mainstream
How to watch Tesla’s AI Day tonight and what to expect