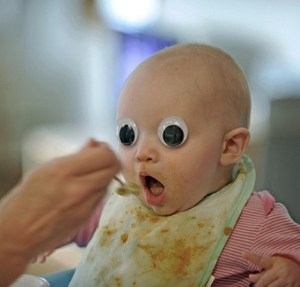 Playing the Nintendo 3DS at young ages may be hazardous to long-term eyesight. Nintendo has issued a series of warnings saying kids under six should not play games in 3D because their vision may still be developing, reports Kotaku. Viewing 3D movies, games, or television at such young ages could negatively affect the development of stereoscopic vision, though the effects are not yet well documented or studied.  Kids can still play, however, by toggling the handheld system’s “3D Volume” switch down, effectively making the game 2D.

The game maker also warns that those experiencing eye fatigue should take a break from playing every 30 minutes, which is twice as often as traditional 2D games. Some 3D games may tire the eyes faster than others. In addition, those with differing vision in their left and right eyes may experience discomfort when viewing 3D.

These warnings come as Nintendo unveils its game lineup for Nintendo World 2011, an event in Tokyo this January. GameStop has already began taking pre-orders for the Nintendo 3DS, which should get a U.S. price and release date any day now.

To reiterate: if you don’t want your kids to be bombarded by three dimensional Bullet Bills and Goombas for the rest of their lives, hold off on buying ’em that Nintendo 3DS. Don’t say we didn’t warn you.

The best Fire Emblem games, ranked from best to worst
The 25 best Nintendo 3DS games
Nintendo’s eShop closures are a necessary, but messy move
Grab these Nintendo 3DS games before the eShop closes
Starship Troopers: Extermination turns sci-fi satire into a co-op shooter
Score $90 off an Alienware gaming chair for Cyber Monday
How to get Battle Tokens in Warzone 2.0
How to redeem Mystery Gifts in Pokémon Scarlet and Violet
Call of Duty: Warzone 2.0 desperately needs to give players more health
Don’t miss this Xbox Series S Cyber Monday deal — ends midnight
Now’s the perfect time to stock up on PS5 controllers
How to evolve Tandemaus into Maushold in Pokémon Scarlet and Violet
Fortnite Chapter 3, Season 4 guide: All week 10 quests and how to complete them