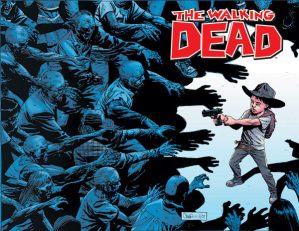 Telltale Games is home to some master storytellers, crafting episodic adventures that hearken back to the days when classics like The Secret of Monkey Island and Grim Fandango were regular releases, exceedingly popular story-driven games with nary a gun to shoot or sword to swing. In a market crowded by tough guy space marines and other grizzled warriors, Telltale has managed to build up a sizable fan community of people who keep coming back for top-shelf storytelling and little else.

The company’s chief successes so far have been with licenses that offer a broad appeal, if not family-friendly then at least kid-safe. Now it is preparing to kick off a new chapter, prepping games that speak to the more mature audiences lining up each week to buy the latest explosion-soaked shooter. Jurassic Park was only recently confirmed for an episodic series of adventure game releases, and now Telltale is turning its attention to the rich world of comic books for inspiration. As part of a new partnership with Warner Bros. Interactive Entertainment, the game developer is working now on releasing adaptations of Bill Willingham’s popular series Fables and Robert Kirkman‘s The Walking Dead, which was also the subject of a newly launched AMC TV series late last year, according to a report in The Wall Street Journal.

Fables follows a secret community of familiar fairy tale characters who are living in exile in present-day New York City following their banishment at the hands of a shadowy conquerer known as The Adversary. The Walking Dead should need no introduction at this point, a post-apocalyptic zombie-world tale that focuses less on the brain-bashing and more on the deteriorating mental states of the human survivors. Kirkman recently spoke to IGN about the news in which he offered a few details on what fans can expect from the upcoming episodic series based on his work.

Kirkman reveals that development is still in the early stages, but the game will definitely be an episodic release. He also confirms that it will be set in the world laid out in the comic books rather than the one in the TV series. While the two versions are fundamentally the same, there are definitely more than a few narrative crossroads where the TV show veers away from its source. Unfortunately, that’s really all Kirkman had to say on the game front for now, though he does offer a few hints about the upcoming second season of the AMC series for those who are interested. Which really ought to be all of you.

The best games on Xbox Game Pass for 2022

How to use Task Manager on a Chromebook

How to name your ship in Sea of Thieves