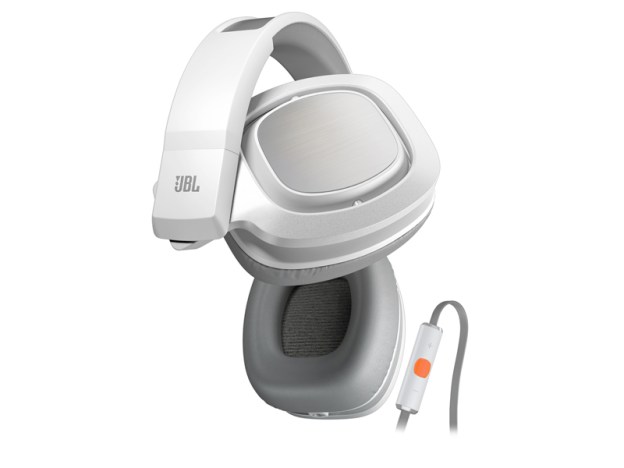 JBL is better known for its loudspeakers than its headphones, but in our experience – whether you blow it up or shrink it down – those who know great audio tend to get it right. Let’s hope that maxim applies to JBL’s upcoming J Series line of phones, which is headlined by the over-the-ear J88i and the in-ear J33i. The line consists of eight different models, but all are variants on those two design bases. Simple and devoid of frills, JBL resides on the opposite end of the spectrum from brands like the simalarly-named JLab, which debuted some style-centric cans just yesterday.

Along with these two models JBL’s J Series line includes six other pairs of ‘phones. Three lower-cost, less full-featured variants  that mimic the J88i’s design (J88, J55i, J55), and three that mimic the J33i’s (J33, J22i, J22). The J55 models are on-ear, but otherwise fashioned after the J88i and those  models suffixed with an i feature microphones, while the others do not. The entire line-up is expected to be available in December.

Jabra, JBL and Samsung earbuds are on sale at Best Buy