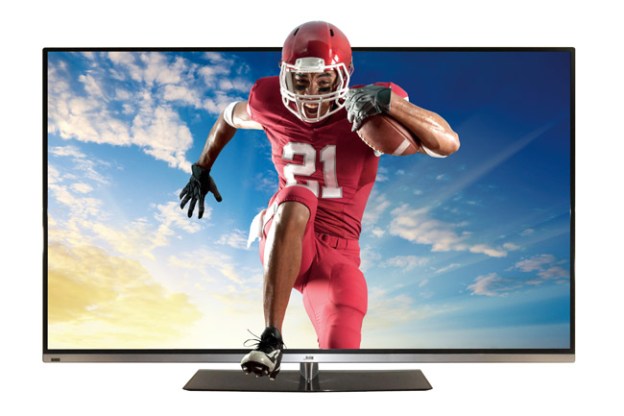 When JVC merged with its subsidiaries to form JVC Kenwood Corps, many assumed – and the company’s public statements indicated – that it would be narrowing its focus, directing its attention towards home and car audio, and effectively ceding the TV market to its competitors. Well, perhaps it was never truly committed to that position, but if it was, it has certainly spun a 180 by announcing its new 55″ JLE55SP4000 XinemaView 3D HDTV. Further confounding industry analysts is the fact that the TV is just the initial entry in an entire line, which the company is calling BlackSapphire.

Here’s the rundown on the specs: the LED-edgelit JLE55SP4000 comes with built-in Wi-Fi, a QWERTY keyboard, and four pairs of passive 3-D glasses. Its 1080p full-HD and 120Hz refresh rate are consistent with visual standards and audio specs are a step-up, with a built-in woofer and 45 watts of output power on aggregate. The television comes pre-loaded with Netflix, YouTube, Vudu, and Pandora, and features USB, HDMI, Antenna, component and composite inputs.

Its price point compares favorably to TV’s with similar specs and, despite a hiatus from TV production, tbe JVC brand still has some solid clout in this arena. What remains to be seen is whether the licensees of the brand will carry forward its solid reputation. The JLE55SP4000 will ship later on this month for $1300.