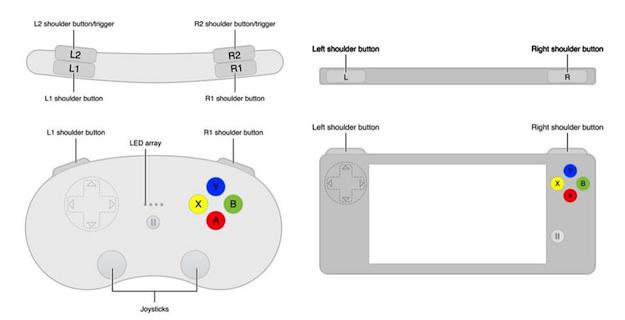 Apple is gearing up to put its seal of approval on a new line of game controllers designed for use with iOS devices, following the inclusion of a dedicated game controller API in iOS 7. A report published by PocketGamer.co.uk says the company has created a set of guidelines to which third party manufacturers must adhere if they want to make a controller, and that like many other Apple accessories, a Certified by Apple stamp will be given to those that do.

The standards include references to design, button placement, response time, and the, “dead zone” on an analog joystick, and that Apple will allow two different types of controllers to be produced – a case-like model which cradles the iPhone, and a wireless gamepad, presumably aimed more for use with the iPad.

A check of Apple’s website reveals references to MFi game controllers (MFi stands for Made For iPhone/iPad/iPod), and a Game Controller Programming Guide for developers. The pictures you see here, which PocketGamer claims have been authenticated as Apple concept diagrams, give an idea of the layout rather than the design, so don’t be put off by their basic look.

While different types of gaming accessories are available for the iPhone and the iPad already, the main issue with each one is game compatibility, and even popular systems like the iCade have a limited number of supported titles. By licensing its own products, and giving developers easy access to the code and specification of the controllers, Apple neatly avoids this problem.

It’s excellent news for mobile gamers, but not so good for makers of other handheld gaming systems, such as Sony and Nintendo. Using a set of physical controls instead of a touchscreen is one of the major benefits of gaming on the Vita and 3DS, and one which will be lessened by decent, Apple approved controllers.

According to the report, Logitech and MOGA are both signed on to produce iPhone and iPad controllers, and they’ll be in stores after the summer. Whether Apple will make its own reference design controller remains to be seen. If it does, it’ll be following in the footsteps of Samsung, which introduced an official wireless controller with the Galaxy S4. Whatever Apple’s decision, let’s hope the iOS controllers will be more reasonably priced than Samsung’s effort.