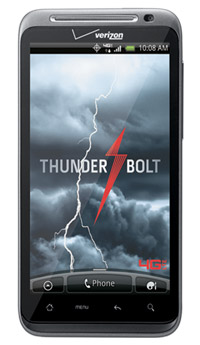 A couple days ago HTC raced past Nokia to become the world’s third-largest phone maker by market value. Today, the smartphone company revealed that sales in the first quarter (three months) of 2011 were double that of a year ago, helping HTC beat estimates for revenue and profit, two things that have investors jumping for joy. Bloomberg notes that strong demand for its Android devices, especially the ThunderBolt 4G, propelled sales.

While hard sales numbers haven’t been released, BTIG analyst Walter Piecyk surveyed 150 Verizon Wireless stores in late March and found that the ThunderBolt had outsold the iPhone in 28 percent of stores and equaled iPhone sales in 61 percent of them.

Do you own a ThunderBolt phone on Verizon? If so, how is your service and battery life? Was it hard to find the handset?

iPadOS 16 may not hit your iPad until October, says report