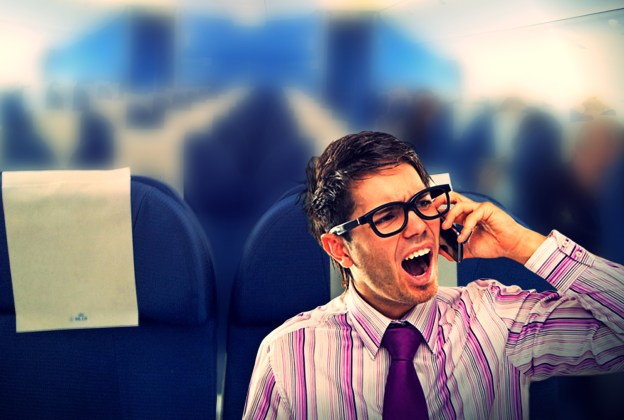 Here’s a recap of an experience I had on a commercial flight recently. Having sorted out my hand luggage, prepared everything I needed for the journey and settled into my seat, a gentleman took the seat next to me. He was speaking on his mobile phone. Soon, the doors where closed and the safety briefing had begun. My fellow passenger had ended his call, but had moved on to sending emails. With the briefing over, the usual announcement for all passengers to enable their electronic equipment’s Flight Mode, then turn them off, was made.

He continued to send and receive emails and SMS as the plane pulled away from the terminal and slowly made its way towards the runway, surreptitiously hiding the phone when a flight attendant passed by. “Excuse me, I think you’re supposed to turn that off now,” I said as the engines spooled up, to which he responded he would, “When we’ve taken off.” I pushed the button for the attendant and in the most adult way possible I, “told the teacher.”

It’s usually a similar story upon landing, where the puff of smoke from the wheels upon touch down has barely had time to dissipate before a greeting tone from a Samsung or Nokia phone can be heard. I’m not a particularly nervous flier, but like everyone else on the flight, I’d rather arrive at my destination in one piece. Therefore, my phone remains off while onboard. I don’t care whether it does or doesn’t interfere with the plane’s systems; if there’s even the slightest chance it will, and in doing so causes a problem – it seems only logical to keep it off.

What the hell is so important?

What baffles me about people who don’t do the same thing isn’t really about them ignoring the rules, or even the willingness to potentially contribute to something going wrong when you’re 37,000 feet in the air (although that does drive me crazy); but their inability to be out of contact for a short time. What the hell is so important, that it can’t wait? If you haven’t taken care of business by the time you’re sitting in your seat, guess what, it’s not going to get done. As for rushing to turn it back on the second the plane is on the ground. Well, after traveling to another country the first message I receive, without fail, is from the carrier with which I am now roaming. I feel it can wait until I’m at baggage claim.

In an effort to understand why someone would not do as requested when in a metal tube from which there is no escape, I stumbled on this article from 2011 entitled, “Why I don’t turn my gadgets off on planes.” Skipping past all the nonsense about civil disobedience and rebellion, we get to the real reason why the author feels the need to use his iPhone despite being instructed not to do so. It’s about being distracted, not wanting to listen to other people’s conversations, or talk to someone else.

Ultimately, although it’s a bit more weird, this justification boils down to the same reason the bloke sitting next to me was checking his email as we’re taking off – the fear of not being connected to the outside world. Sadly, these people are not just sitting next to me on the plane either, as they’re the ones who check their phones when dining in a restaurant, who don’t switch it to silent in a meeting, and usually only ever give you 50 percent of their attention. This odd behavior seems to be driven by the fear of missing something, not getting a piece of news five minutes after it has happened, or that someone, somewhere wants to get in touch and if it doesn’t happen instantly, the world may end. I just don’t get it.

Leaving aside what all this says about society, have we become so devoid of creativity that we need something electronic in front of us 24 hours a day? Have our many gadgets turned us into screen zombies? What about reading something printed on paper? Or getting out a pen and paper of your own, or a Rubik’s cube, a Lego set, or doing a sketch of the view out of the window? I’ve seen all these on flights in the past. Even if you never do it again until the next time you board a plane, taking those few minutes off from being constantly plugged in could turn out to be healthy. Many of us tell that to our kids, so why not heed the advice ourselves?

Recently, it has been reported the FAA is in the process of trying to alter its rules on using certain electronic devices during takeoff and landing. Personally, I can manage without my tablet, music player or whatever for those ten minutes at the start and end of the flight; but that doesn’t stop me hoping it comes into force soon, as it may satiate the bizarre needs of those who can’t do without their smartphones being switched on for a few hours.

Video-editing app LumaFusion to get a Galaxy Tab S8 launch
Wi-Fi not working? Here’s how to fix the most common problems
The best phones for kids in 2023
The best iPhone car mounts in 2023: top 10 best ones you can buy
The best QR code scanning apps for iPhone and Android in 2023
The best rugged smartphones for 2023
The best iPhone games in 2023: 31 games you need to play right now
This Apple leaker just revealed tons of changes for iOS 17 and iPhone 15
Beats Studio 3 headphones are $120 off today at Amazon
How to cheat in Words With Friends
Trading in your iPhone with Apple? You’ll get less than yesterday
3 reasons you should buy the Google Pixel Watch today
The Galaxy Z Fold 4 isn’t just a good phone — it’s also my favorite computer