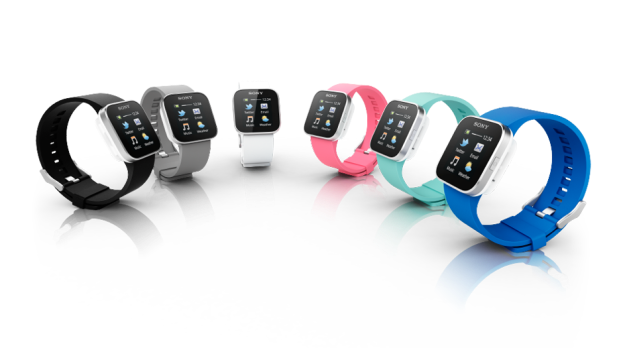 With Samsung this week confirming that its designers and developers have for some time been working on creating a high-tech wristwatch, and multiple rumors suggesting that rival Apple is pushing ahead with its so-called iWatch project, it could be just a matter of months before the smartwatch industry goes big-time.

A few companies already have a  such a watch on the market – Pebble, for example, started shipping its device at the start of the year, while Sony has been selling its SmartWatch for nearly 12 months.

The Japanese tech giant is evidently keen to keep its device in the headlines, on Tuesday rolling out a software update for the Android-compatible watch.

A bunch of new watch faces heads the list of fresh features, described variously by Sony as retro, wacky and contemporary. You can judge that claim for yourself (below).

Notification previews have also been introduced, allowing you to see snippets of new messages, tweets and wall posts before deciding whether to dive in to read the rest. Sony says it’s also created a more efficient category search system to make it easier to discover useful apps from among the 200 or so currently available.

An improved charging cable and new wristband colors (turquoise and purple) were also announced by Sony on Tuesday. The update is available now from Google Play.

Sony launched its SmartWatch in the US almost a year ago to mixed reviews, leaving an opportunity for tech titans Samsung and Apple to step into the space.

Samsung executive Lee Young Hee said in an interview with Bloomberg on Tuesday that his company has been working on making a smartwatch for “so long”, though he gave no indication as to when it might hit the market.

Apple, meanwhile, could have its iWatch on consumers’ wrists before the end of the year, with recent reports suggesting a team of around 100 product designers working on the device.