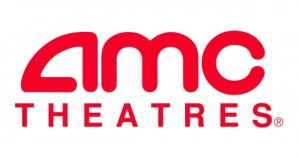 Movie theater owners were given a shock a couple weeks ago when it was reported that Universal, Warner Bros., Sony and 20th Century Fox had joined forces in an initiative to offer premium pricing — $30 per rental — for Video On Demand access to new movies after their theatrical releases and before their arrival on home video. The National Association of Theater Owners responded quickly with a statement expressing its discontent over the move, and now the national AMC Theatres chain has issued a statement of its own.

The press release on AMC’s website first goes into some detail on the company’s plans to make theater-going a more attractive proposition for consumers. Upgraded projection equipment, an expanded guest rewards program, “enhanced food and beverage offerings” (please let that mean food will be cheaper), in-theater dining and alternative programming are all being either considered or integrated into AMC locations during a “multi-year, multi-million dollar rollout.”

The tone of the statement is largely positive and forward-facing, focusing on promoting AMC’s ability to thrive in this changing environment. That said, there’s the faintest hint of a threat in the statement when the focus turns to paid VOD. “The p-VoD world as currently defined threatens [AMC’s] health,” the press release reads. “As such, we have notified studios of our expectations regarding economic arrangements on movies that go p-VoD. It is not wise to discuss details in the press, and Company policy precludes it, but as these windows shrink and threaten our industry’s future, it is only logical to expect AMC to adapt its economic model.”

What does this mean? Well theater chains pay a premium to put first-run movies on their screens. It is likely that, if nothing else, AMC is pushing for lower rental rates to make up for the potentially lost business. Paid VOD won’t arrive until after a movie’s theatrical run has ended, but there is an argument that the very awareness of a movie’s earlier in-home availability will inspire some theater-goers to simply wait. NATO took a much more aggressive stance in its response following the initial announcement, going as far as warning studios that early paid VOD availability means putting high-definition copies of the latest movies into the hands of pirates that much sooner.

AMC almost certainly shares the outlook that this planned change isn’t good for business, but with the initial shock warn off, the response from one of the nation’s largest theater chains seems to now be grudging acceptance. It was inevitable anyway; as home theater setups become more and more elaborate, and for less money, theater owners were already having to start thinking about how to attract audiences who could just as easily wait a couple of extra months for a similarly high-end presentation in the more comfortable setting of their living rooms.

The New Mutants has a new trailer, so Disney’s X-Men spinoff is still happening

AMC Theatres plans to reopen its locations in July

AMC Theatres says it may go out of business