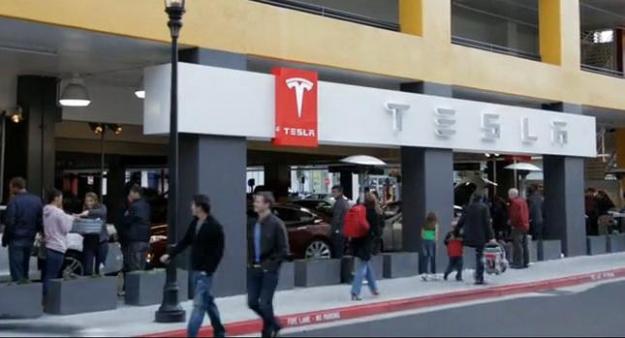 A pair of bills being considered in New York aimed at making it illegal for Tesla to sell vehicles “the Tesla way” in the state now appear to be hold.

Well, at least for the moment.

While the bills don’t specifically name Tesla, they would essentially prohibit any car manufacturer from selling a vehicle in New York without a third party or essentially a dealership, according to Green Car Reports.

The legislation would also make it illegal to renew the license of a current store that does fit that bill, which threatens both current and futures stores operated by the California-based electric car company.

Unlike the traditional dealership system where carmakers sell their cars through an affiliated but independently owned dealership network, Tesla operates more like Apple Computer, with showroom stores (above) that allow customers to test drive a car before buying the vehicle online directly from Tesla at a set price.

The opposing legislation, which is being backed by New York State auto dealers, has reportedly been set aside in the New York State assembly, which doesn’t convene until January.

But the battleground has already been laid, and the issue isn’t likely to just go away.

According to the news source, a letter directed to New York legislators urging them to pass the legislation, is supported by the Alliance of Automotive Manufacturers, the Global Alliance of Manufacturers as well as all of the New York State Dealer Associations.

Tesla has faced a similar fight in North Carolina, fueled by dealer associations for what’s being called “unfair competition,” according to a Slate report.

Whether Telsa will be able to weather that kind of storm remains to be seen, but neither party is likely to back down without a fight.