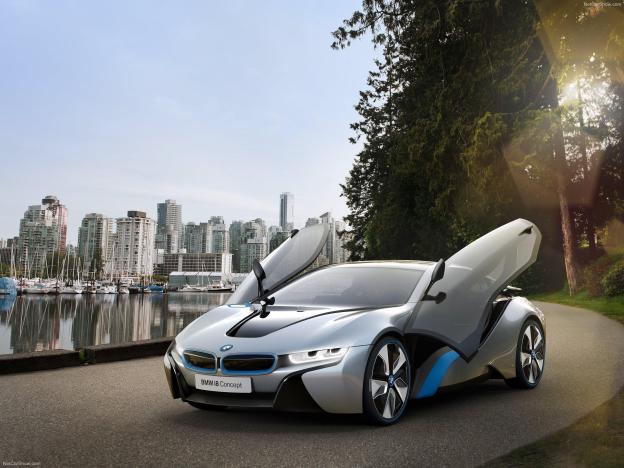 BMW and Toyota are teaming up to develop new models; each company is relying on the other’s expertise to expand its product portfolio. The German and Japanese automotive giants signed a memorandum of understanding Friday that will outline the new partnership.

The memorandum highlights four areas of cooperation: joint development of a hydrogen fuel cell system, the architecture for a new lightweight sports car, collaboration on electric powertrains, and development of lightweight technologies.

“Toyota is strong in environment-friendly hybrids and fuel cells… I believe BMW’s strength is developing sports cars,” Toyota CEO Akio Toyoda said in a statement. “I get so excited thinking about the cars that will result from this relationship.”

BMW’s leaders were also enthusiastic. “Both companies, Toyota and the BMW Group, aspire to be the best at everything they do,” chairman of the board Dr. Norbert Reithofer said in a statement. “I look forward to the continued cooperation between our two companies.”

Toyota has been down this road before. The company codeveloped its latest sports car, the GT86/Scion FR-S, with Subaru. Toyoda has been trying to get his company to build more interesting cars, and seeking help from outside sources is a quick way to do that.

Other than the occasional Lexus, Toyota has been out of the performance game for some time, and going from designing Camrys to designing sports cars is a big leap. Toyoda said he was particularly interested in working with BMW because its cars are the fastest around Germany’s Nürburgring race track, and that he is always getting passed by them.

No details of the proposed sports car were given, but a car that tops the GT86/FR-S in price and performance seems logical, and would make a good replacement for the long-departed Supra.

Meanwhile, BMW is working to get its “Project i” off the ground. The company is trying to develop an eco-friendly automotive architecture, which will debut as the i3 city car and i8 sports car. Both cars consist lightweight carbon fiber safety cages on aluminum frames, and have plug-in hybrid powertrains.

BMW might also use Toyota’s Hybrid Synergy Drive in future models. The company already makes hybrids, but Toyota’s technology might improve their performance.

Hydrogen fuel cell development has been out of the public eye since EVs and plug-in hybrids hit the market, but the fact that BMW and Toyota included fuel cells in their deal shows foresight. Hydrogen fuel cells are easier to package than batteries, and don’t take hours to recharge. A hydrogen infrastructure needs to be developed, but that isn’t impossible: the network of EV charging stations sprouting up across America didn’t exist a few years ago.

This is not the first time that BMW and Toyota have collaborated. In 2011, BMW agreed to supply Toyota with 1.6- and 2.0-liter turbodiesel engines for its European models, beginning in 2014. In a separate agreement, the two companies also discussed collaborating on lithium-ion battery development.