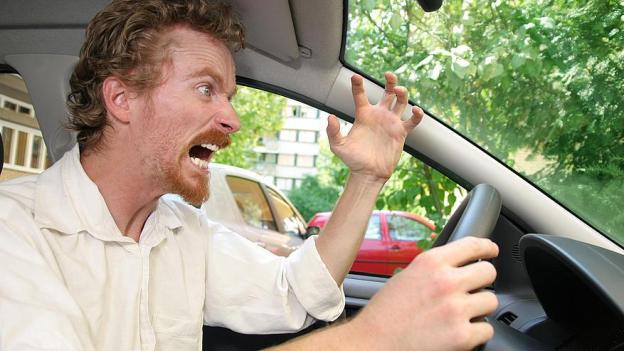 If you’ve ever been stuck in traffic, then chances are you’ve found yourself blurting out a few words that would need to be censored outside of the car.

C’mon, we’ve all experienced some point where driving becomes more frustrating than anything else.

Well, Audi has teamed up with the Massachusetts Institute of Technology (MIT) to get a better grasp of those emotions hoping to help alleviate some of that stress, according to an official Audi press release.

The cutting-edge researcher has included using skin sensors, facial and body tracking and environmental recordings to measure stress while driving as well as in a variety of typical daily activities like eating or attending a college lecture.

Following initial research, MIT found that the stress a driver feels when he or she believes their car is about to be sideswiped is almost as great as that which humans experience when they’re about to skydive.

However, the study also quantified stress conditions in many more-common situations such as being stuck in traffic.

Now, Audi plans to use the information to focus on what can be done to help make driving less stressful.

Carlo Ratti, director of the MIT lab, indicated that some of earliest applications of the study could be seen in how Audi designs the look and feel of displays in its cars such as the Multi Media Interface.

“What information is on that screen, and the way you display it, actually can help alleviate some of the stressful conditions that we’ve found driving creates,” said Ratti.

The MIT director says the research will prove to be even more valuable as Audi develop its piloted driving initiative.

Cities “are developing new forms of intelligence,” he noted in an Audi press release. “The same is happening inside our cars, which are increasingly filled with connected sensors. From the intersection of these two trends will emerge tomorrow’s mobility systems.”

Of course, the ultimate stress reliever will likely come in a completely driverless or automated car. But considering that we’re some years away from opting for that car at the dealership, we’ll take what we can get.

2023 Audi Q4 E-Tron first drive: the predictable and traditional EV SUV we need
Nvidia’s Drive Concierge will fill your car with screens
Are EVs more expensive than gas cars? It’s complicated
2022 Mercedes-Benz EQB first drive review: An EV better than its gas sibling
Jeep is launching its first two electric SUVs in the U.S. in 2024
2024 Chevrolet Equinox EV aims for affordability with $30,000 base price
Cruise’s robot taxis head to Arizona and Texas
Uber says it’s investigating ‘cybersecurity incident’
The Uber hack is an outrageous tale of a teen hacking for fun
Tesla to fix window software on 1M of its U.S. cars
Lux and refreshingly livable, Mercedes’ EQE moves EVs mainstream
How to watch Tesla’s AI Day tonight and what to expect
We need more 7-passenger EVs, but the 2023 Mercedes EQS SUV has room to improve