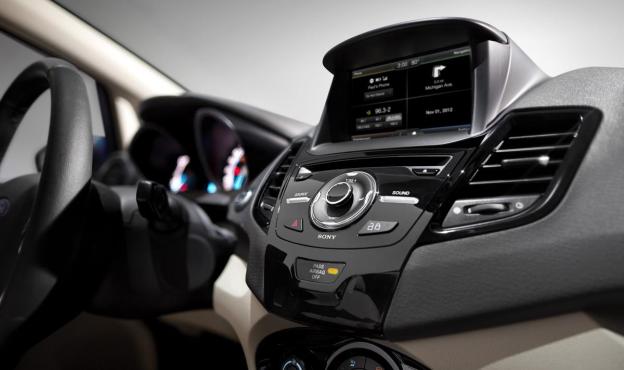 When it comes to in-car technology, Ford is learning that multi-touch screens aren’t everything.

Buried deep in an official Ford press release highlighting the growth of Ford’s infotainment system, is news that the use of more traditional buttons and knobs featured with the MyTouch system in the F-150 will likely be making its way into other Ford vehicles.

The move comes as little surprise considering, that despite the appeal of the Ford’s high-tech infotainment system, it’s been criticized for being a little too distracting for the typical driver.

In 2011, both J.D. Power and Consumer Reports heavily criticized Ford for MyFord Touch because the touch-screen interface, voice-activated controls, and other aspects of the system were too confusing for users, as noted in a Brand Channel report.

J.D Power even dropped Ford as one of its top auto brands in its annual Initial Quality Survey to a below-average brand because of the quality of the system.

Ford’s recent release indicates that MyTouch quality has improved by 50 percent since its launch in 2010 and that the system featured in the F-150 has the highest rate of quality satisfaction, at 86 percent.

Compared to other carmakers, Ford’s infotainment systems have always tended to have issues that over the years, has fueled what has come to seem like a never-ending cycle of updates for the system.

Still, the appeal of Sync and MyFord Touch is undeniable – even with the criticism the systems have faced in the past.

According to Ford, SYNC and MyFord Touch sold on nearly 80 percent of 2013 Ford vehicles, double the sales mix of infotainment systems sold with Toyota and Honda vehicles, and up from 68 percent in 2012.

In fact, Ford might have one of the most highly recognizable brands in the U.S. when it comes to in-car technology compared to some of the of the other carmaker’s infotainment systems.

Although, some will likely contend that the brand recognition is due to the issues associated with Ford’s in-car technology more than anything else. But it’s still been a great selling point for the carmaker.

Now, the question is:  Will a MyTouch system with more traditional buttons and knobs keep people as excited about the technology after Ford has locked them into the deal?