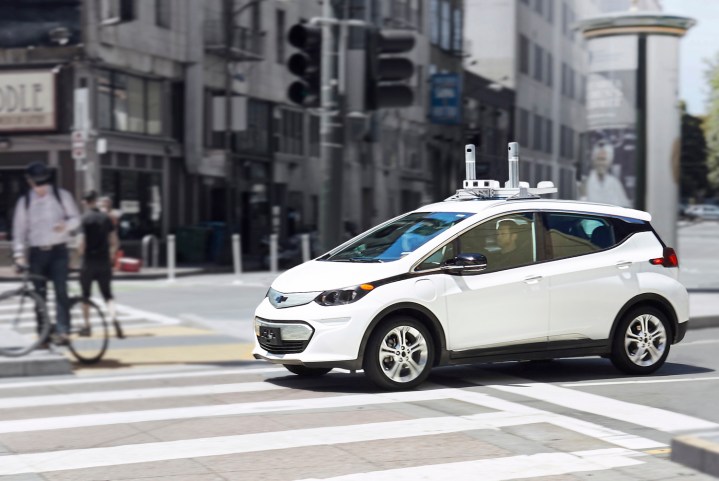 The tech industry boom hasn’t been great for everyone, and that’s apparent in San Francisco, the hometown of General Motors’ Cruise self-driving car division. The same industry that has created opportunities for workers with the right skills is often blamed for making San Francisco uninhabitable for everyone else. Cruise hopes to bridge that divide by working with Humanmade, a not-for-profit organization looking to give people more opportunities to earn a living.

“We see this divide that’s apparent between the tech sector, and those that aren’t really benefiting from it,” Robert Grant, Cruise vice president of global government affairs, told Digital Trends.

Humanmade runs job-training programs and a “makerspace,” where fabricators, artists, or anyone else who makes a living working with their hands, can get access to tools and support services that might not be available otherwise. It’s like a library for making stuff. Cruise provided seed funding to Humanmade as well as some input into the organization’s training curriculum. Representatives for the self-driving car developer were also on hand for the opening of Humanmade’s new San Francisco headquarters.

“It’s really amazing to have the support of companies like Cruise,” said Ryan Spurlock, founder and executive director of Humanmade. As an arm of America’s largest automaker and one of the frontrunners in the race to commercialize autonomous cars, Cruise has a lot to offer an organization like Humanmade. It’s easy to assume Cruise is looking to be repaid with a crop of new employees harvested from Humanmade’s programs, but that isn’t the case, according to Grant.

“This isn’t really about benefiting Cruise. It’s about being part of the community,” Grant said. “It’s about winning the trust race.” Cruise tests self-driving cars on the streets of San Francisco with the goal of eventually launching a commercial ride-sharing service. But recent studies indicate the general public is skeptical of self-driving cars. Being part of the tech industry associated with economic disparity in San Francisco likely hasn’t helped Cruise’s case, so the firm needed to find a positive way to engage with its neighbors.

Humanmade’s training programs aren’t narrowly focused on self-driving cars. The programs aim to give participants “proficiency” in things like CNC machining and additive manufacturing (a.k.a. 3D printing), executive director Spurlock said. The goal is to teach people how to safely use the tools available in Humanmade’s makerspace. Those tools are then available whenever a person needs them. Spurlock sees a need for more workers in the tech industry that are skilled in hardware, rather than software. A self-driving car, for example, requires more than clever code to make it go. California is not generally considered friendly to manufacturing, but San Francisco is making moves to encourage it, Spurlock noted.

Cruise currently uses modified Chevrolet Bolt EV electric cars for testing. Those cars are built at the same Michigan factory that builds production cars for customers; the autonomous-driving hardware is added on the assembly line. GM also does some autonomous-car development work at its home base in the Detroit area. Cruise will rely on GM’s manufacturing infrastructure to scale up from testing to commercial ride-sharing operations, Grant, the government affairs VP, said. Exactly when that will happen is unclear, as Cruise recently delayed the launch of its ride-sharing service. Grant said Cruise doesn’t want to jump the gun.

“We’re just getting to the starting line, not the finish line.”