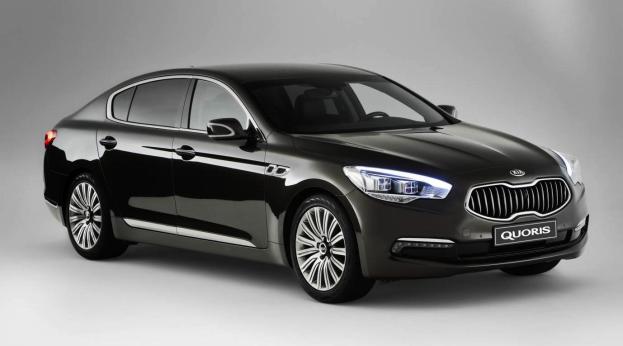 The recent reports rolling out of KIA about its new Quoris sedan indicates that the carmaker was very serious about earlier talk that it wants to play in the upscale market.

The Korean-based carmaker has announced that pricing for the luxury sedan will range from $50,000 – $70,000 when it goes on sale in the US in 2014, putting it in the league of major luxury contenders like the Mercedes-Benz S-Class, according to Automotive.com.

First introduced last year in South Korea as the K9, the car is expected to share some of the same equipment as the carmaker’s counterpart or friendly rival (depending on who you ask), Hyundai Equus – although specific details on the car haven’t been released yet.  Hyundai’s flagship luxury sedan is equipped with a 5.0-liter V8 that produces 429 horsepower.

Still, with some of the challenges Hyundai has faced with the Equus, which has had modest success– you have to wonder if KIA is getting ahead of itself in an effort to gain more clout as a brand.

The carmaker has definitely made significant strides in its design, quality and overall appeal across its vehicle line-up. There’s no denying that. However, I think there’s still a general perception that KIA is a viable brand when shopping for a car because the carmaker has been very clear in what it offers – very nice vehicles that most can afford whether you’re shopping for an SUV or a compact.

While perhaps viable in Korea, introducing a premium luxury KIA sedan in the U.S. confuses things a bit and could potentially end up doing the brand more harm than good if the Quoris doesn’t meet high expectations.

Of course, the true test will come when the sedan debuts next year and the design of the sedan is enticing enough that it could spark some initial interest. Sill, I’m just not sure U.S. consumers are ready for a $50,000-plus KIA regardless of how well it looks and performs, but I could be wrong.

VW previews its next electric car in trippy camouflaged form
5 stunning electric SUVs that prove you don’t need to spend $100K for luxury
No mere EV, the sensor-stuffed EX90 is Volvo’s towering tech flagship
Business upfront, 31-inch TV in the back. BMW’s electric i7 is a screening room on wheels
Apple’s rumored car could cost the same as a Tesla Model S
Bowers & Wilkins and McLaren launch special-edition Px8 headphones
CES 2023-bound Ram Revolution concept previews electric pickup
What is a Tesla Supercharger?
Rivian adds Snow Mode through software update just in time for winter
Tesla used car market no longer as lucrative, data shows
What to expect at CES 2023, from mondo TVs to EVs
Kia EV6 GT first-drive review: putting a little more fun into EVs
How to charge your electric car at home