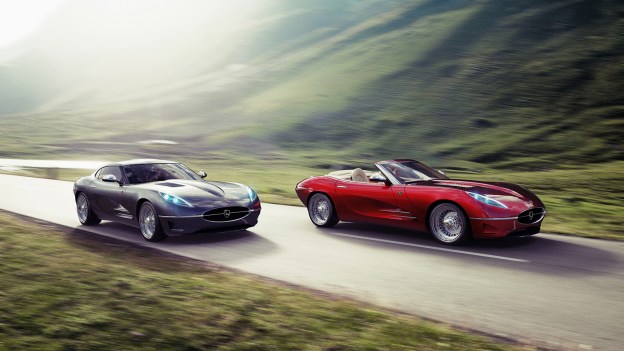 It seems that news first reported by Motor Authority last February that a company called Lyonheart was preparing to roll out a new retro styled sports car is turning out to be more than most expected.

The start-up company based in Coventry, England has increased its planned production of the hot all-new LyonHeart K (love the name) from 50 units to a series of 250 cars.

In addition, the high-end luxury carmaker has announced it will build a convertible version of the two-door sports car.

A bit “Bond-like” in its styling cues, which is sure to draw some comparisons to classic British marquees like Jaguar and Aston Martin, the Lyonheart K was designed by the Swedish design company, Vizualtech, and the Classic Factory team.

The car is powered by a 5.0 Litre Supercharged V8 that delivers 575PS (567 hp) and 700Nm (516f/p) of torque. Lyonheart is also touting a state-of-the-art all-aluminum chassis and a tuned multilink chassis for the kind of handling that’ll rival anything in its class.

What do you think James Bond would really think about this car?

Common Google Chromecast issues and how to fix them

Best widgets for the Echo Show 15 for the connected family

How to reset a Ring Video Doorbell