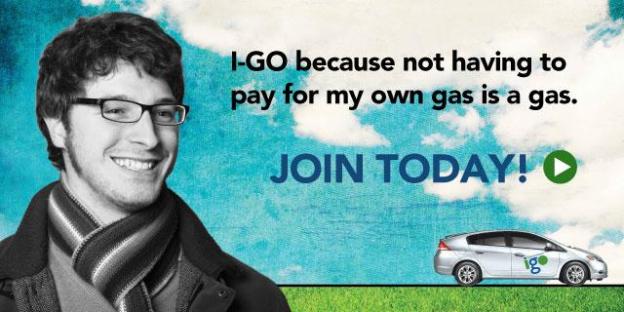 The recent acquisition of a Chicago-based car sharing program by Enterprise Holdings is another indication that despite what some people might think, the service is hardly a fad.

Enterprise Holdings announced that it is acquiring I-GO Car Sharing, a non-profit organization serving more than 15,000 members, with more than 200 locations in more than 40 neighborhoods.

Established in 2002 as a pilot program of the Center for Neighborhood Technology, I-GO was the first car-sharing program in Chicago and has been dedicated to creating an integrated multimodal transportation system that provides residents with different mobility options.

I-GO provides members with 24-hour access to a fleet of vehicles reserved at parking spaces all over Chicago and four surrounding suburbs. Developed to take some of the stress out of owning a car, I-GO covers the gas, premium insurance, vehicle maintenance, and 24/7/365 assistance.

IGO Car Sharing has also been focused on featuring green initiatives in the program by adding the Mitsubishi i MiEV and Nissan Leaf electric vehicles to its fleet as well as other fuel-efficient vehicles.

“We have great respect for what I-GO has accomplished not only in Chicago but in the car-sharing arena overall,” said Ryan Johnson, assistant vice president of Enterprise Car Share, in a company press release statement. “And we are excited to leverage our local Chicagoland operations to make the I-GO program even stronger. Our partnership marks a great opportunity to reinforce car-sharing best practices with the world’s largest local car-rental and car-sharing network.”

“The purchase of I-GO by the nation’s largest car rental corporation validates our success in building a robust car-sharing market through the design of innovative alternative transportation solutions that encourage people to consider both their quality of life, as well as fiscal savings through car sharing, walking, biking and use of public transportation,” said Feigon.

Added Feigon, “I-GO’s influence on both a national and local level has demonstrated how the power of a good idea, one that allows people to do good while doing well, can transform the very nature of how people make daily decisions – specifically in this case how they can benefit from a combination of public and private transportation.”

In recent years, car sharing, which has been widely popular in Europe for nearly a decade, has been rising in the U.S., even prompting automakers like Ford to offer similar services.

According to a New York Times article, in 2012, about 800,000 people belonged to car-sharing services in the United States, a 44 percent increase from 2011 based on information gathered from the Transportation Sustainability Research Center at the University of California, Berkeley.