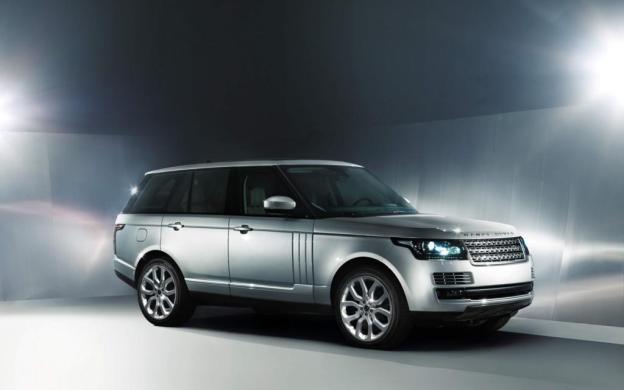 The Land Rover Range Rover has never been a car for hippies, thanks to its big, thirsty V8 and considerable girth. Admittedly, there was never a reason to build a fuel-efficient luxury SUV. Land Rover is giving it a shot though, with a hybrid Range Rover based on the updated 2013 model.

The hybrid will combine Land Rover’s 3.0-liter turbodiesel V6 with an electric motor and 1.7 kWh lithium ion battery pack, which will be housed under the SUV’s floor. Despite the Range Rover’s heavy footprint and blunt aerodynamics, Land Rover says the Range Rover hybrid will do 0 to 60 mph in under seven seconds.

The all-important fuel economy number is 45 mpg, on the European cycle, with emissions of 169 g/km of carbon dioxide. While a big SUV with the fuel economy of a small hatchback sounds incredible, keep in mind that cars tend to do better in European testing than EPA testing; Europe also uses Imperial gallons.

The Range Rover’s only conceivable competition are luxury SUVs like the Cadillac Escalade Hybrid and Porsche Cayenne S Hybrid, both of which are rated at 21 combined mpg on the EPA cycle.

Unfortunately, this will be a moot point for American buyers. Land Rover will not sell the Range Rover hybrid in North America, because getting its turbodiesel V6 to comply with American regulations would require too many expensive modifications.

Americans will have to stick with the gas guzzling 5.0-liter V8, attached to the same eight-speed automatic transmission as the hybrid. However, Land Rover expects significant fuel economy gains for the conventional Range Rover, owing to its new aluminum body and the eight-speed transmission. The current Range Rover is rated at 12 mpg city and 18 mpg highway.

The Range Rover may not be the most politically correct car but, with or without a hybrid version, it’s still an impressive piece of kit. People buy these beasts for their luxury, off-road ability, and swagger, not fuel economy. Still, it would be nice to have it all.

Topics
No mere EV, the sensor-stuffed EX90 is Volvo’s towering tech flagship
Business upfront, 31-inch TV in the back. BMW’s electric i7 is a screening room on wheels
GMC poured all of its truck-making expertise into the Sierra EV pickup
Check out Spectre, Rolls-Royce’s first all-electric car
The Uber hack is an outrageous tale of a teen hacking for fun
Tesla to fix window software on 1M of its U.S. cars
Lux and refreshingly livable, Mercedes’ EQE moves EVs mainstream
How to watch Tesla’s AI Day tonight and what to expect
2023 Audi Q4 E-Tron first drive: the predictable and traditional EV SUV we need
We need more 7-passenger EVs, but the 2023 Mercedes EQS SUV has room to improve
Tesla AI Day 2022: Optimus, self driving cars, and everything else announced
Tesla hopes full self-driving beta will be out globally by the end of 2022
Elon Musk reveals first delivery date and customer for Tesla Semi truck