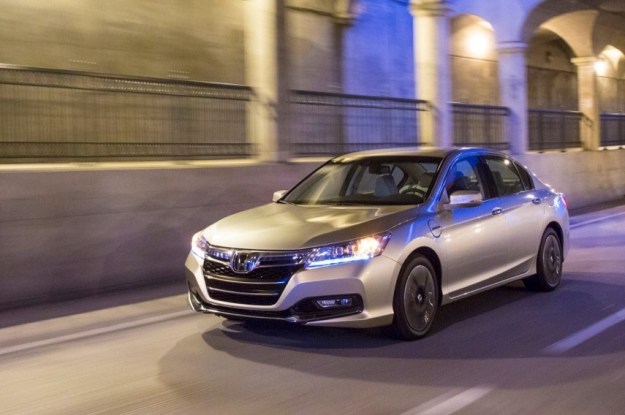 A recent report by the California Air Resources Board (ARB) puts Honda at the top of list when it comes to car makers with the most eligible green vehicles for California’s carpool lane.

According to the ARB report, Honda has four cars in its current line-up that meet the state’s standard for single-occupant access to California’s high-occupancy vehicle (HOV) carpool lanes, which is the most of any full-line automaker.

It’s the kind of stat you quickly come to appreciate if you spend any time on a freeway in Southern California – where a simple 10-mile commute could wind up taking 30 to 40 minutes.

On average, the carpool lane can knock off up to thirty minutes off a daily commute, according to metro.net.

Violate the carpool lane as single occupant without one of those clean air access stickers issued by the state, and you could end up being stuck with a $400 dollar or so fine.

The Honda vehicles on the ARB report listed that can help a driver alleviate those issues include the Accord Plug-In Hybrid, the Civic Natural Gas, the Fit EV all-electric vehicle and the FCX Clarity fuel cell-electric vehicle.

The 2014 Accord Plug-In Hybrid sedan has a EPA driving range of 570 miles with an EPA rating of 115 MPGe, a standard used to measure the combined efficiency of an electric vehicle.

The average annual five year fuel savings of the Honda Accord Plug-In, Honda Civic CNG and Honda Fit EV is about $7,783.  The fuel savings for the FCX Clarity haven’t been released.

Yellow Clean Air Vehicle Stickers for hybrids are no longer valid – the program ended on 7/1/2011. Please note that these vehicles do not qualify for any other type of decals.