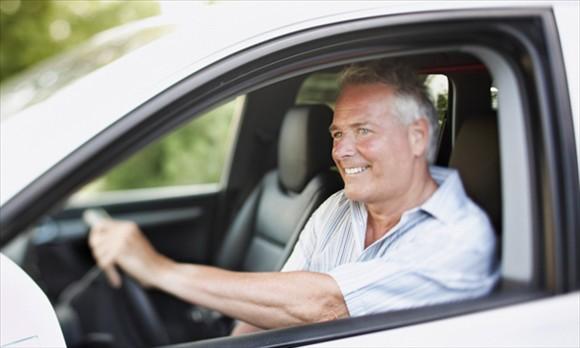 A recent report indicates that a lot of those hip new car ads aimed at younger buyers might be missing the mark −considering that most people who actually purchase new vehicles are older than 50.

According to research done by Michael Sivak, a research professor with University of Michigan Transportation Research Institute (UMTRI), while adults under age 50 have long been the ideal target for advertisers, older consumers are much more likely to buy new vehicles.

Sivak’s data collection included examining the differences in the probability of licensed drivers purchasing a new light-duty vehicle (car, pickup truck, SUV, or minivan) as a function of their age for the years 2007 and 2011, according to a U of M analysis of the report.

The U of M researcher found that in 2011, the peak probability of buying a new vehicle per driver was among those between 55 and 64 years of age–a shift from four years earlier that peaked with the 35-to-44-year-old age group

“There were substantial increases from 2007 to 2011 in the number of drivers 55 to 64 years of age and 65 to 74 years of age,” Sivak said. “This trend likely reflects the aging of the general population, coupled with the increased probability of older persons having a driver’s license.”

The UMTRI study only further complicates matters for automakers when looking at future sales considering that there are a growing number of younger people in the U.S. who are migrating away from cars all together.

According to a study by Streetfilms that Digital Trends covered in April, the annual number of miles traveled by car among 16 – 34 year-olds dropped 23 percent from 2001 to 2009 as more people started to walk, bike or take public transportation to and from destinations.

Another report showed that in 1998, 64.4 percent of potential drivers 19 years old and younger had a driver license. By 2008, that rate had dropped to 46.3 percent, according to the Federal Highway Administration.

A recent report by Gartner research revealed that, if forced to make a choice, 46 percent of all 18-to-24 year-old drivers in the U.S. would choose access to the internet over access to an automobile.

Couple that with the growth of car sharing programs and the aging of the current vehicle buyers identified in the UMTRI study, and it makes you wonder if automakers need to be rethinking their ideas all together when it comes to marketing new vehicles.