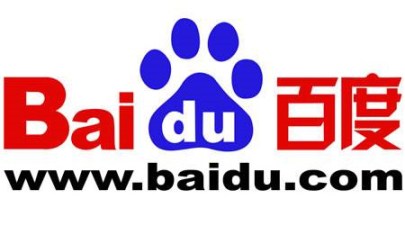 The billionaire founder of a popular search engine drew a big crowd Wednesday at Stanford University — and it wasn’t one of the guys that started Google Inc. just a few miles from the campus they once attended.

About 600 students crammed into a lecture room to soak up the wisdom of Robin Li, who owns rare bragging rights over Google and its founders, Larry Page and Sergey Brin. Li, 40, is the chief executive and founder of Baidu Inc., a nine-year-old company that dominates Internet search in China like Google dominates the market in just about every other major country in the world. The impressive feat earned Li rock-star treatment at Stanford, the place where Page and Brin conceived Google’s technology as graduate students before dropping out to start their now-famous company in 1998.

Li, a China native who got his graduate degree from the University of New York at Buffalo, seemed to relish the adulation he received at his rivals’ old stomping grounds.

“That part is sort of special,” Li said in a brief interview with The Associated Press after he spent a half hour posing for photos and passing out business cards to the hordes of mostly Asian students who flocked around him after his 50-minute presentation.

Li has become an entrepreneurial hero in China, and not only because his company eclipsed Google in that country. He also became a mogul after starting Baidu nine years ago with just $1.2 million in venture capital. Baidu’s market value now stands at about $14 billion, and Li’s stake in the Beijing-based company is worth more than $2 billion. Baidu’s American depository shares fell $1.34 Wednesday to close at $394.50 — a more than 14-fold increase from their August 2005 initial public offering price of $27.

Google still dwarfs Baidu — pronounced “by-doo” — by most measures, including the ones most important to investors. For instance, Google brings in as much revenue in three days as Baidu does in three months. (In the most recent quarter ending in June, Baidu earned $56 million on revenue of $161 million while Google made $1.5 billion on revenue of $5.5 billion.)

But that didn’t stop Li from boasting a bit during his give-and-take with the Stanford students. He pointed out that Baidu’s search engine processes more monthly search requests in China than Google does in the United States. And he said Baidu indexes far more of the Internet’s content in China than Google does, one the main reasons he thinks his company has built up an enviable lead in the world’s most populous country.

Li told the students Wednesday that Baidu controls a 76 percent share of the China’s search market, but the research firm Analysts International pegs Baidu’s share at about 62 percent compared to 29 percent for Google.

No matter how the numbers are crunched, Li maintains no search engine understands what the Chinese want like his company does.

Neither Page nor Brin were anywhere to be found in Wednesday’s crowd, but at least one Google engineer came out to check out the competition. Susan Lin, a Google search specialist manager for the China, Japan and Korea region, even waded through the crowd to meet Li after his talk.

“You have to stay in touch (with the competition) and understand what makes them tick,” Lin said shortly before she exchanged business cards with Li.

Not that Li shared any big secrets Wednesday. He told the crowd he doubts the recession is over, no matter what Federal Reserve Chairman Ben Bernanke and many CEOs think. “I still feel the economic situation is not better, but worse,” he said.

Although he didn’t mention Yahoo Inc. by name, Li seemed to indirectly question the slumping Internet company’s commitment to spend more than $100 million promoting its brand during the next 15 months.

“No matter how much money you spend, you cannot economically add traffic to your site,” Li said.

For now, Li intends to keep Baidu focused on China and Japan, where the company introduced a search engine in 2007. He told the Stanford students that he has no immediate plans to launch a search engine or open an engineering office in the United States, although he said Baidu might buy some startups in the country. (With just $491 million in cash at the end of June, Baidu wouldn’t be able to get into a bidding war with Google, which has $19 billion in the bank.)

Li reasons China is a good place to be the search leader because the country’s Internet audience has soared from 10 million to nearly 340 million in the past decade with still plenty of room for growth. With all those Chinese surfing the Web, “it’s likely we will be able to conquer new problems before American people will conquer them,” Li said.