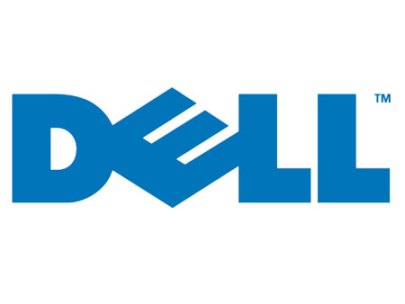 A massive Dell Inc. computer assembly plant once seen as a job generator worthy of the promise of more than $300 million in state and local inducements will go dark in four months, a victim of new corporate calculations and changing customer tastes. Dell announced Wednesday it will close its desktop computer manufacturing plant near Winston-Salem by the end of January, shedding 905 workers. The announcement came two days after the plant, which produces desktop units primarily for business customers, marked four years in operation.

Five years ago, politicians cited studies estimating the plant would not only employ 1,500 and generate about 500 more related jobs, it would have a $24.5 billion economic impact over 20 years. For that reason, they lavished what by some measures was the richest incentives package in state history — a deal worth up to $318 million in tax breaks and grants. Since then, consumers moving to laptops and handheld devices have thinned a market for desktops that has also been battered by the recession and sharper competition.

“If you look at it from a holistic perspective, this is a desktop manufacturing facility and we’ve seen the customer prefer laptop computers,” Dell spokesman Venancio Figueroa said. “Given the dynamics at play across the landscape, we made the difficult decision to shut this down.”

The Round Rock, Texas-based company said it was part of an effort to simplify operations and improve efficiency, while retaining U.S. plants in Miami, Fla.; Nashville, Tenn.; and Austin, Texas. The company had announced a drive to save $4 billion a year by 2011. Dell previously sold its Lebanon, Tenn., remanufacturing plant in June and is moving its Ireland manufacturing operations to Poland.

Dell is also joining fellow tech bellwethers Hewlett-Packard and IBM in moving away from hardware and into more profitable technology services. Dell said last month it will spend $3.9 billion for Perot Systems Corp., adding consulting and computing services like systems integration to Dell’s offerings. Dell’s decision Wednesday immediately raised questions of whether the massive incentives package was worthwhile — and how much could be recouped.

Assistant state Commerce Secretary Kathy Neal said it was not immediately known how much in state tax breaks or outright grants Dell received and how much they would be asked to repay. Dell’s Figueroa said the company will repay incentives if those conditions are included in its agreements. Winston-Salem Mayor Allen Joines issued a statement Wednesday night saying Dell would repay all the money the city provided to the company in upfront costs and annual incentive payments.

Joines said he was assured by Kip Thompson, vice president for facilities, that Dell will honor its commitment to repay the $15.56 million the city has provided since Dell agreed to build the plant.

But millions of dollars won’t be returned. Public agencies paid to prepare the Dell site for construction, widen roads leading to the plant, and equip community colleges to train company workers before the plant opened. The biggest part of Dell’s incentives were targeted tax breaks specifically created to draw large computer manufacturers to the state. The company could keep tax savings for milestones that were met, but could not claim the rest. The company’s contracts for incentives paid by Forsyth County and Winston-Salem taxpayers call for a 100 percent refund if the plant closed within its first five years, said Robert Leak Jr., the president of Winston-Salem Business Inc., and a chief recruiter of Dell in 2004. Local incentives have amounted to about $20 million so far, he said.

“In my opinion, the state will be out nothing,” said Hoyle, D-Gaston.

“No matter how big the incentives package … with these large out-of-state companies and corporations, their loyalty is only to the bottom line and not to the community,” said Orr, executive director of the North Carolina Institute for Constitutional Law.