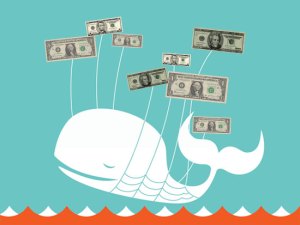 Both Facebook and Google have considered purchasing Twitter for mind-boggling amounts of money, reports the Wall Street Journal — a fact some consider telltale of a new tech bubble.

Insiders do say that both Internet giants have had “low-level talks” with those at Twitter “to explore the prospect of an acquisition of the messaging service.” Those talks, however, “have so far gone nowhere.”

Still, Twitter seems to have become the grand prize in the world of Silicon Valley acquisitions. with some giving Twitter an estimated value of $8 to $10 billion. Compare that to just two months ago, when Twitter received $200 million in new capital, which placed Twitter’s value at about $3.75 billion.

According to many analysts, all this news points to doom.

The first concern, says Silicon Valley insider Marshall Krikpatrick in ReadWriteWeb, is the damage Google or Facebook would do to Twitter.

“It’s the cultures of these different companies that I’m most concerned about,’ writes Kirkpatrick. “Twitter…consists of a fiercely independent group of users who mostly want Twitter Inc. to stay out of the way. They do, too.”

Facebook, on the other hand, “couldn’t be more different.” Rather than have a hands-off approach to its product, Facebook is “all about having your hand held.” And with Google’s track record of snuffing out enthusiasm for social media (Google Buzz, anyone?), Google’s acquisition of Twitter “feels like it would be almost a non-event.” Luckily, Kirkpatrick predicts, “none of this is very likely to happen.”

Potentially more troubling, however, is what the $10 billion valuation of Twitter says about the possibility of a second tech bubble.

Facebook recently raised $1.5 billion, which elevated the company to a worth of $50 billion. Social coupon site Groupon.com turned down $6 billion from Google last December. And AOL just purchased the Huffington Post for $315 million — a staggering figure considering it’s roughly 10 times the news website’s entire revenue for 2010.

The fevered interest in Twitter is particularly disturbing, considering the company still has yet to convert its more than 200 million users into a profit, says the Wall Street Journal, though “people familiar with the matter” say the company believes it can grow into a $100 billion business.

Only time will tell whether or not Silicon Valley is experiencing a repeat of the 90s boom and bust. But don’t be surprised to wake up one morning to find that it’s all come falling down.

Topics
Instagram to soon let creators make NFTs and sell them to fans
Twitter Blue is losing Ad Free Articles and Musk’s latest tweets indicate further changes
Elon Musk finally in charge of Twitter, reports say
This new malware is targeting Facebook accounts – make sure yours is safe
This 15-inch Dell laptop is just $250 today, but it’s selling fast
All the products that Apple didn’t announce in 2022
Nvidia may be shooting itself in the foot with its new monster GPU
This killer Black Friday deal on an RTX 3060 gaming laptop is still available
The best Intel processors for 2022
The most innovative laptops of 2022
How to create a calendar in Google Sheets
Discord now lets creators make money, and it’s not with crypto
Acer Swift Edge vs. Microsoft Surface Laptop 5