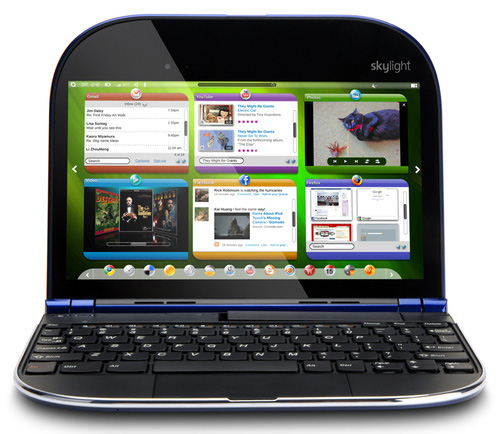 The x86 central processing architecture, based on the Intel 8086 architecture (developed by Intel in 1978), has dominated virtually the entire desktop and notebook computer CPU market for the last two decades.

However, in another, far different, market the rival ARM architecture was plotting a comeback.  With an ARM processor in an estimated 98 percent of the over billion phones sold worldwide, the architecture used the mobile communications revolution to quietly gain a competitive position in total processing units worldwide.

Why are ARM platforms so promising?  Their mobile heritage has helped them develop ultra-low power envelopes.  Where as a Intel Atom N270 (the leading x86 netbook chip) plus 945GSM chipset has a TDP of 11.8 watts, the majority of current ARM system-on-a-chips (SOCs) consume under 2 watts at full load.

The Tegra is already powering the Zune HD’s sweet graphics, and the Snapdragon (ARM Cortex A8) is expected to power the upcoming “Google Phone”, set to be announced later today.  That same Qualcomm processor is also coming to the Lenovo Skylight, a just announced netbook, that may become the first ARM-based CPU netbook from a major manufacturer.

Set to lay the smackdown on Atom-based designs, the netbook features the Snapdragon 1 GHz chipset.  It boasts a 10 hour battery life, on par with the current best Atom-based netbooks (the current-gen. Asus Eee PC).  It also features an attractive “high-definition” 10.1″ screen (exact resolution not yet specified).  The weight will reportedly be under 2 lb., quite nice when compared to “hefty” 2.8 lb. that the latest Eee PCs weigh in at.

The netbook also features a gadget interface for speedy and painless access to favorites like Gmail or Facebook.  It comes with integrated 3G and Wi-Fi, which are built into the Snapdragon chipset.  AT&T will be the primary service provider — though it may be possible to connect to other providers with the laptop.

The netbook will go on sale in the Spring of this year for $499 — you will have to purchase an AT&T service plan separately (though you may get a subsidy if you purchase with a plan — specifics haven’t yet been announced).

The 1 GHz Snapdragon is just a taste of the ARM goodness that’s to come, though.  There’s incoming ARM dual-core designs, including 1.5 GHz Snapdragon 45 nm variant, that reportedly use 0.5 watts or less (versus 8 watts on the comparable Intel Atom 330).  The aforementioned designs from other vendors are also expected to soon be competing against x86 designs in the netbook sector.

Intel’s Atom processor, which helped to give birth to the netbook movement, is unlikely to go away completely, even in the face of vastly more efficient ARM-based designs.  At the very least, though, it will be forced to lower its power envelope greatly in order to continue to thrive.  And that’s good news for consumers, who dream of one day having 15-hour, 20-hour, even, long battery life fully functional netbooks.

Dell’s best work-from-home laptop is over $600 cheaper today
Best wireless mouse deals for September 2022
Intel Innovation 2022: 13th-gen chips, slidable displays, and everything else
Best Chromebook deals for September 2022
Lenovo is practically giving away this 2-in-1 laptop today
Lenovo Legion i7 gaming PCs and laptops both got massive discounts
Lenovo’s ThinkVision ultrawide curved monitor is 40% off today
When is the best time to post on Facebook?
The classic Macintosh was just redesigned by AI — and it’s beautiful
How to use clipboard history in Windows
Best gaming monitor deals for October 2022
How to add external games to your Steam library
Nreal’s Air AR glasses head to the U.S., ready to rock with iPhones