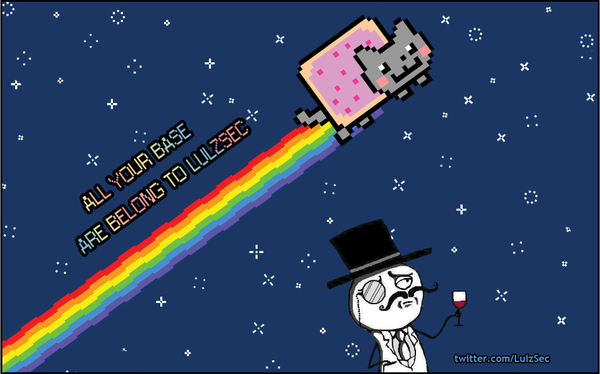 “Call into 614-LULZSEC and pick a target and we’ll obliterate it. Nobody wants to mess with The Lulz Cannon – take aim for us, twitter,” read LulzSec’s tweet. The number’s area code points to the Colombus, Ohio area, however, it’s not at all likely that any members of LulzSec are actually based there. Throughout the day today, the group’s Twitter feed has many several mentions of the hotline number, encouraging followers to call in with requests.

We called the number (but didn’t leave a message, obviously) and were greeted by a voicemail message spoken by a “Pierre Dubois” in a French accent of questionable authenticity. LulzSec has claimed that it took down a total of eight websites handpicked by its followers on the first day of the hotline’s existence. LulzSec also boasted that the number has received over 5,000 missed calls and taken in some 2,500 voicemail messages.

LulzSec’s decision to field DDoS requests over the phone may at first seem like an open invitation to be cornered by the authorities. But, in age where anyone can establish a Google Voice number, it’s also likely that a voicemail system is likely just as secure than most methods possible through the Internet. LulzSec hasn’t said if the hotline will become a permanent fixture in the group’s ongoing quest for “maximum lulz.”

Microsoft Teams will now protect you against phishing attacks