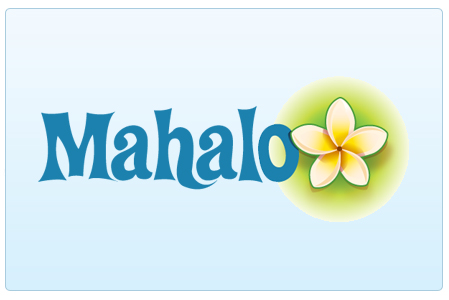 Cult of Mac may be in the clear, but some of us (ahem, Digital Trends included) haven’t quite made it off Google’s black list yet. Search and how-to video site Mahalo was one of the many sites Sistrix found had been punished by Google’s recent algorithm adjustment, and unfortunately the company is immediately reeling from the effects.

According to various reports, CEO Jason Calacanis and president Jason Rapp sent out a mass e-mail yesterday afternoon claiming they would have to enact sweeping cuts because of the change in Google Search. According to Center Networks, which received the memo, Mahalo will be forced to cut 10 percent of its staff, eliminating “a handful of positions in the company.” The e-mail said that non-essential services would have to go, and part of that will alter its freelance content – meaning that for the moment, it’s halted. However, Mahalo’s video content shouldn’t take a hit. According to Calacanis and Rapp, Google’s alterations didn’t impact its rankings with YouTube. Mahalo partners with YouTube, and apparently that collaboration is still going strong.

Perhaps to stay in those good graces, Calacanis wrote on his Twitter account, “Note: We don’t blame @Google for our problems. We support efforts to make better search results & know they always treat partners fairly.” However, he also posed the question: “Which deserve [sic] #1 @Google Rank: How to Play a Xylophone on eHow or @Mahalodotcom” and posted an instructional video from his own site.

Google engineer Amit Singhal told Wired this morning that the company is in the process of restoring legitimate sites’ page rank.

Topics
Celebrate our 1,000,000 YouTube subscriber milestone with us and win!
Google may have just fixed Chrome’s most annoying problem
Google is now supporting my awful browser habits, and I love it
How to post a Short on YouTube
The best PC power supply for 2023
ChatGPT has a new way to detect its own plagiarism
Samsung Galaxy Book 3 Ultra vs. MacBook Pro 16-inch
The Galaxy Book 3 Ultra is Samsung’s most powerful laptop ever
Nvidia may have another monster GPU in the works, and the price could be outrageous
AMD’s Ryzen 9 7950X3D pricing keeps the pressure on Intel
What is ChatGPT Plus? Everything we know about the premium tier
ChatGPT Plus to bring priority access during peak times — at a hefty price
Usually $3,879, this Lenovo laptop is down to $1,479 today