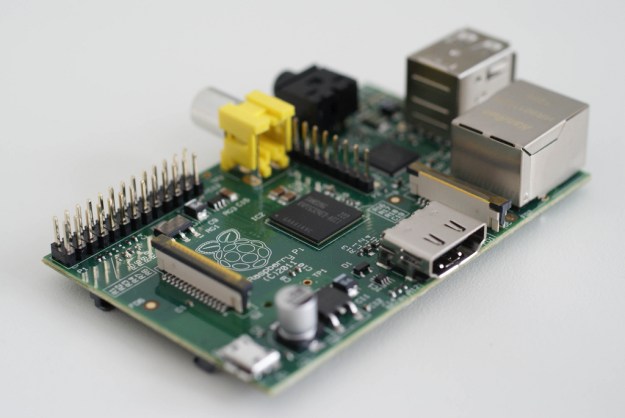 Thanks to the Google Giving program, 15,000 students in the UK will soon be proud owners of Raspberry Pi mini-computers. The Raspberry Pi Foundation announced in a blog post today that the tech giant donated enough funds to buy 15,000 model B units (the $35 unit-only model without an enclosure) to encourage more students to take up coding.

The credit-card-sized Raspberry Pi computer became such a hit that the team behind it launched an app store back in December. Earlier this month, the team revealed that it was close to selling a million units. Google Chairman Eric Schmidt and Raspberry Pi co-founder Eben Upton visited the Chesterton Community College in Cambridge today to announce the partnership, as well as to personally teach students how to code. According to BBC, there’s been a 23 percent drop in the number of undergraduate students studying computer science in the UK and a 34 percent drop in the number of graduate students in the same field. According to Schmidt, information and communications technology studies in the UK focus more on using and not on creating software. Google is hoping this move could spark a change and motivate students to create and innovate.

Google is working with six different UK educational organizations – CoderDojo, Code Club, Computing at Schools, Generating Genius, Teach First, and OCR – to identify 15,000 students who will benefit the most from their own Raspberry Pi units. OCR will also be developing free learning materials to be distributed along with the mini-computers.