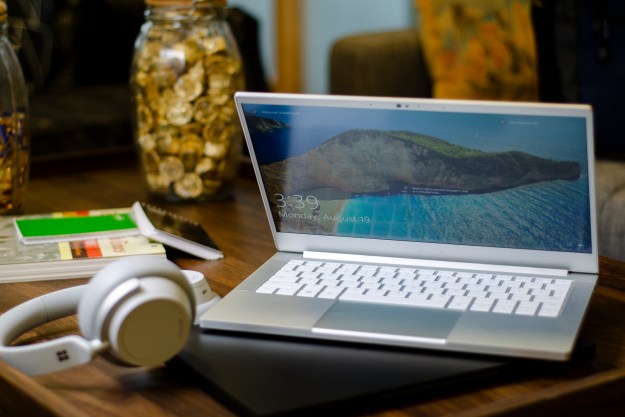 “With options for a powerful GTX 1650 card in its small chassis, Razer has finally made the Blade Stealth a real gaming laptop.”

Razer is a gaming brand first and foremost, which has always made its 13-inch Blade Stealth a bit of an odd duck. Without a powerful GPU, it could never be sold as a true gaming laptop.

This time around, that’s changing. Razer is now back in late 2019 with, not one, but three refreshed 13-inch Stealth laptops, all using the new Intel Ice Lake processors. But more importantly, one of the options comes with a powerful Nvidia GTX 1650 graphics card inside, an industry-first for a laptop of this size.

Is that enough to make the Stealth Blade 13 the laptop I’ve always wanted?

Amid the storm of new Intel mobile 10th-gen processors, Razer has not just one new Stealth Blade entry. It has three.

The first I tried out is a more traditional follow-up to previous Stealth models, meant to be a competitor to the Dell XPS 13 or MacBook Pro. I’ve always liked Razer’s clean and sleek design language, and now it’s finally introducing a “Mercury White” version of the Razer Blade Stealth 13. It’s a welcome addition.

While it’s not a brand new color option (it was previously introduced with Razer Blade 15) it’s beautiful in the smaller 13-inch form factor. Set next to the other models, it’s the one that grabbed my attention.

Resembling the silver color of the MacBook or XPS 13, the new Mercury White Stealth 13 visually stands out from the other two new black-colored models for 2019. At 3 pounds, it also feels the same way as its predecessors — incredibly light, but easy to pick up and walk around with. More than ever, it feels like a laptop that can go toe-to-toe with its non-gaming competition.

At first glance, the Mercury White color option is the only distinguishing factor between the three Stealth models. They all feature the same slim bezels, machined aluminum chassis, a Windows Hello webcam on the top, and a large glass touchpad are all still here. It even has the same single-zone RGB lighting on the keyboard and the same selection of ports: Two USB-A and two USB-C, one of which is Thunderbolt 3 compatible.

The only downside of this design is that the matte finish on the aluminum quickly gathered my fingerprints. That’s always been a problem with the Razer Blade, and it hasn’t changed this time around.

But the most important point of interest with these new isn’t with design. It’s with performance.

Ice Lake and Iris Plus will send chills down your spine

Razer has taken the leap in processing power with Intel’s 10th-gen processors, along with many other manufacturers in the back half of 2019. Unlike options like the Dell XPS 13, however, Razer has gone with Intel’s Ice Lake rather than the 14nm Comet Lake part. That’ll prove to be an interesting decision as these chips lack the six-core potential of Comet Lake.

Razer’s new lineup of Stealth devices not only look incredible but could finally perform like a true gaming laptop should.

All models of the new Razer Blade Stealth use the same quad-core, Intel Core i7-1065G7 U-series chip clocked at 2.3 GHz with a turbo boost of 3.9 GHz. With 16 GB of fixed RAM as standard, it should provide enough processing power for basic productivity work, but in the graphics department, the Razer Blade Stealth’s use of Ice Lake gives it an advantage.

These Ice Lake processors include Intel’s new Iris Plus integrated graphics, which promise to add some MX150-level gaming to the Razer Blade Stealth. While I couldn’t yet back up that claim through our usual technical testing, I was able to fire up a match of Overwatch and run through some routine productivity tasks for simulations.

On Razer’s recommended “low” settings, the system easily pushed out 60 to 70 FPS. Turning up settings to higher levels, and even ultra-settings dropped frames to 40 or 50, and at times 30, but the game was still playable.

In 10 minutes of gaming, the system did get a bit warm right under the screen area, but the gaming performance never took a hit. Razer tells me it is still optimizing the hardware for this processor, but I can see the base model Stealth 13 working great for other light games like Fortnite or League of Legends.

You only can do so much with integrated graphics, though, and I wouldn’t trust it with tougher games. That’s where the other Stealth 13 models step in.

A GTX video card in a 13-inch laptop? Yup

While the 17-inch and 15-inch in Razer’s lineup enjoyed powerful RTX graphics cards, the 13-inch Stealth lineup has always left with a measly MX150. Razer tells me it was listening to these complaints.

Razer wasn’t lying. I turned up graphics settings to Ultra, and the game easily pushed out a buttery-smooth 60 frames per second.

With the new Stealth models, the company says it’s “pushing the boundary of what it means to be an ultrabook” by going where no other laptop maker has gone before. How? By putting in a Nvidia GTX 1650 GPU with 4GB GDDR5 VRAM inside a 13-inch laptop chassis.

I tested out Razer’s ambitious claims myself by firing up the “UAC” level of Doom on the FHD Stealth 13 model with the GTX 1650 chipset.

Razer wasn’t lying. I turned up graphics settings to Ultra, and the game easily pushed out a buttery-smooth 60 frames per second. When I switched the settings to low, and medium, frame rates were even higher at around 70 to 80. Yes, the screen is still locked at a 60Hz refresh rate, but the game was still buttery smooth.

I also tried this same game on the third option of the bunch: The 4K Blade Stealth. While the game itself visually looked brighter and more vivid than it did on the FHD model with a matte panel, the gaming results, obviously, weren’t as great.

The 1650 GPU might be capable with a 1080p panel, but at resolution, it struggled to push out 40 frames on the bare minimum settings. That’s understandable, though, as is a lot of pixels to push. Switching back to 1080p pushed back the framerate back up.

Both of these two gaming versions of the Stealth 13 will ship with GTX 1650 graphics and will retain the traditional “Stealth Black” color. At $1,800, one model features an FHD display with 512GB of PCIe storage. A separate $2,000 model comes with a touch panel, and 512 GB of storage.

While more advanced testing is needed, the new Stealth Models with the GTX 1650 seem to have cracked the code on ultimate gaming portability. It can very well handle more demanding titles like Battlefield V, and that’s not something that’s been possible in the past.

I can’t imagine Razer will be the only one to attempt a laptop like this, but it being first, Razer just may have set the new standard.

Razer is aiming to launch these new Stealth 13 models in late September or early October, and we can’t wait to spend more time with them.

Topics
Best Gaming PC Deals: Save on RTX 3070, 3080, 3090 PCs
Best 2-in-1 laptop deals: Save on Dell, Lenovo, HP and more
All of Samsung’s videos from today’s Galaxy Unpacked event
The Galaxy Book 3 Ultra is Samsung’s most powerful laptop ever
Lenovo is practically giving away this 2-in-1 Chromebook today
This micro-LED advancement is exactly what AR and VR needs
An AI-generated TV channel is mimicking ’90s sitcoms to nightmarish effect
LastPass vs. 1Password: should you switch?
How to overclock Intel’s Arc GPUs for better performance
I asked AI to recreate the best Super Bowl commercials — to hilarious and horrifying effect
Samsung’s crazy rotating 4K gaming monitor is $700 off today
Best Lenovo Laptop Deals: Save up to $2,287 today
Apple may abandon the Mac Studio just 12 months after it launched