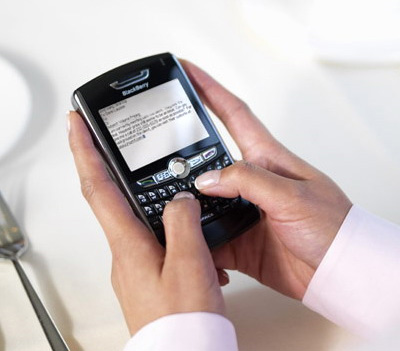 More people are using cell phones and other portable devices for high-speed Web access than are signing up for fixed line subscriptions to the Net, according to U.N. figures published Tuesday.

Mobile broadband subscriptions are expected to reach 600 million, leapfrogging the estimated 500 million fixed line subscriptions by the end of this year, the International Telecommunication Union said.

“There was a 50 percent increase in mobile broadband subscriptions just over the past year,” said Susan Teltscher of ITU’s statistical bureau.

The agency expects growth to continue at this rate for several years, she said.

Most mobile broadband connections are still considerably slower than fixed line alternatives, and offer a more limited range of services at a higher price. Experts say that competitive advantage could soon tilt in mobile’s favor, too.

Industry representatives at ITU’s Telecom World trade show in Geneva this week are touting two next-generation technologies as potential nails in the coffin for fixed-line broadband.

The first is LTE, or long-term evolution, which cell phone companies are considering as the replacement for 3G some years down the line.

In the other corner is WiMax, a standard being pushed by the computer industry that works like Wi-Fi but over much greater distances.

U.S. rival Clearwire Corp. meanwhile announced a foray into the Spanish market with plans to provide citywide WiMax in Malaga and Seville. Clearwire’s Barry West said the Kirkland, Washington-based company will eventually offer voice services, a move that is likely to irk European cell carriers whose business still relies heavily on voice for the greater part of their income.

The biggest winners from the emergence of mobile broadband are likely to be poor countries. Fixed-line phones are still scarce in the developing world, forcing those who want high-speed data services to resort to mobile technology.

Voice-only mobile subscriptions already outstrip the number of regular phone connections in most poor countries: almost seven in 10 people around the world now have a cell phone subscription of some kind, the ITU report found.

Meanwhile, fixed line telephone subscriptions continue to decline and are expected to drop to about 1.1 billion — less than one for every five people on the planet — this year, the report said.