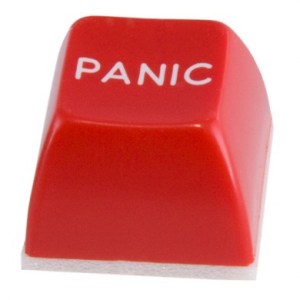 Recent events have led to plenty of discussion regarding the Internet and social activists’ safety. The civil unrest sweeping through the Middle East and surrounding countries spurred by social media has resulted in horrific violence. Significant dissidents have disappeared, and their digital dependence, put into the wrong hands, only contributes to their downfall.

Of course, there have been other scares. There’s ample reason to believe that the Chinese government tampered with e-mail addresses of political dissidents and activists from its country, looking to gather confidential information. WikiLeaks’ release of diplomatic cables confirmed the US’ suspicion of the activity, and Google has also come forward saying China was blocking Gmail users.

To that end, the US State Department is developing a panic button of sorts, to protect these very activists from this type of dangerous security breach. The Daily Mail reports that the technology entirely “wipes out cell phone address books and sends emergency alerts” for pro-democracy demonstrators who find themselves and their phones within the oppositions’ grasp. The Facebook Revolutions of late have relied on digital communication, and this has brought the footage to the screens of YouTube, Twitter, and Facebook users everywhere. The global knowledge and (to a point) involvement in what’s happening to these countries surpasses similar past events, and it seems like the US government is taking note and being proactive. The report says this project is a piece of Secretary of State Hilary Clinton’s work to promote Internet freedom and it’s somewhat under the cuff. “We’ve been trying to keep below the radar on this, because a lot of the people we are with are operating in very sensitive environments,” says assistant US secretary of state for human right and labor Michael Posner.

As this social upheaval continues, however, development is ramping up. “We’re now going full speed ahead to get the money out the door,” Posner says.