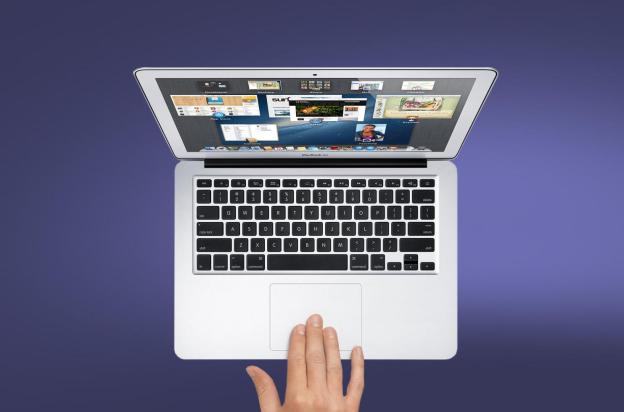 The MacBook Air is now just over five years old. Though initially received with mixed reviews, Apple remained steadfast in its design (as usual) and inspired many Windows copy-cats (as usual). Would Intel have felt the need to promote Ultrabooks if the Air wasn’t handing thin PC laptops their hat?

What’s more surprising than the Air’s age is how little the laptop has changed over the years. The only exterior re-design happened in 2010, the year the 11-inch model was introduced, and the changes weren’t dramatic. Now, with Apple’s Worldwide Developer’s Conference approaching, the time is ripe for hardware revisions. Will the Air be tweaked, completely overhauled, or left alone?

The rumor-mill isn’t clear, and Apple is as tight-lipped as ever. So here is what we’d like to see, and the chance each change has of becoming real.

The Air’s keyboard is excellent when compared to the average Ultrabook. In our last review of the 11.6-inch Air, published in July of 2012, we said “the Air’s keyboard may be its most important technical accomplishment.” Attention to detail, even those that aren’t headline features, is what makes Apple’s products great.

Yet, we must admit there are limits to what can be done with a thin laptop. Using the Air side-by-side with a ThinkPad, for example, makes the room for improvement clear. But how can Apple make the keyboard better without making the laptop thicker?

One potential answer is the ThinTouch keyboard from Synaptics, which we saw and used first-hand at CES 2013. Though just 2.5mm thick, feel is enhanced by letting the keys move horizontally as well as vertically, a clever trick that makes the keyboard feel thicker and more robust than it is. So far, this unique keyboard hasn’t appeared in a retail laptop, but Synaptics told us to expect it in products shipping around mid-2013.

Might the Air be one of those products? We hope so, but we’ve also heard no concrete information, or even rumors, that this will come to pass.

Retina has slowly been trickling down (or is it up?) from the iPad to the MacBook Pro line. Many fans of Apple have wondered when the technology will appear in the Air, and why it’s taking so long.

The problem is space. Retina requires additional LED back-lighting to operate because, as is true with all backlit LCD displays, increasing pixel density lets less light escape through the display and reach the user. To add Retina, room must be found for the extra LED lights, and the Air simply has no space to spare. Battery is a concern, too, because extra LEDs would shorten endurance.

Technologies can be miniaturized, so Apple may yet find a way to stuff Retina into the Air without increasing thickness. Cupertino’s engineers could alternatively add only a few extra LEDs and accept a dimmer display.

Current rumors are mixed. Some suggest MacBook Airs will get Retina, while others say it won’t come to the Air this year. But if Apple plans to surprise us with a new feature, this would be it. We’re cautiously optimistic.

Both versions of the MacBook Air use Intel processors and offer Intel HD 4000 integrated graphics. This translates to poor 3D performance across the board. The few recent games available for Mac run poorly; most new releases are only playable at medium detail at best. Some can’t even be enjoyed at low detail with reduced resolution.

We hoped that Intel’s new Core processors, set to debut this summer, could serve as the savior for gaming on an Air. But alas, new information has cast doubt on that; the low-power versions of the new processors will receive a more modest IGP upgrade than the “2x better!” headline Intel used to make waves at CES 2013.

Intel HD 5000, which will almost certainly be in the latest Air, is rumored to be 50 percent quicker than HD 4000. That sounds like a lot, but HD 4000 already struggles, and demanding, new games will quickly eat up that improvement. Remember, new consoles are coming this year, and new consoles usually mean a jump in detail across all platforms.

Discrete graphics are unlikely to provide relief. The old Air with Nvidia graphics could double as a portable heater when gaming, and we don’t think Apple will repeat that mistake. The gains made by HD 5000 will have to suffice.

Likelihood? Certain, but the gains may not be what we’d hoped.

Intel hasn’t spilled all the beans on Haswell, the architecture powering the next Core chips, but we already know the basics. The new chips are expected to provide a small increase to overall performance with drastically better efficiency. Some processors will have a thermal design power of 10 watts or lower (Intel boasted as low as 7 watts at its last CES press conference), and we will probably see those super-low-power parts in the next Air.

That’s good news for Apple. The company has struggled to improve battery life – particularly in the 11.6-inch model, which, during our last review, ran out of charge within four to five hours. An improvement in efficiency could boost the 11.6-inch Air to six or seven hours of real-world use, which means the larger 13.3-inch model might border on eight to nine hours of endurance.

We’ll have to wait and see what happens, as we’re currently relying on data provided by Intel to guess how battery life might improve. An extra hour of life is feasible even if the new processors fall short of their target.

Apple’s addition of an iPad with 128GB of storage earlier this year raised some eyebrows because it gave the iPad more storage than the entry-level MacBook Air. The tiny 64GB solid-state drive found on the $999 Air has always been too small; giving the more affordable iPad more capacity felt like a strange move.

We think it’s time for Apple to move forward and provide the $999 Air with a 128GB drive while upgrading models currently sold with a 128GB drive to a 192GB or 256GB drive. The 512GB model could remain, at a slightly lower price, and an even larger drive could be added as the high-end option. This change would be expensive for Apple, but it would also shore up a common complaint about the Air and keep Apple a step ahead of increasingly competitive Ultrabooks.

Yet, as much as we’d like to see this improvement, we aren’t hopeful that it will happen this year. Solid-state drives are dropping in price at a glacial pace and there may be no room in Apple’s margin for this upgrade. Also, given the choice between adding Retina and adding a new solid-state drive, we think Apple would give the nod to Retina.

Any Mac fan  hoping to see the Air radically re-designed will probably be disappointed. There are no rumors hinting at that and no particular reason for Apple to revise it. The Air still compares favorably to all but a couple of equally expensive PC Ultrabooks.

The changes that are most likely, though appreciated, are mundane and expected: better battery life, better graphics performance, and slightly better processor performance – all courtesy of Intel’s new processor architecture.