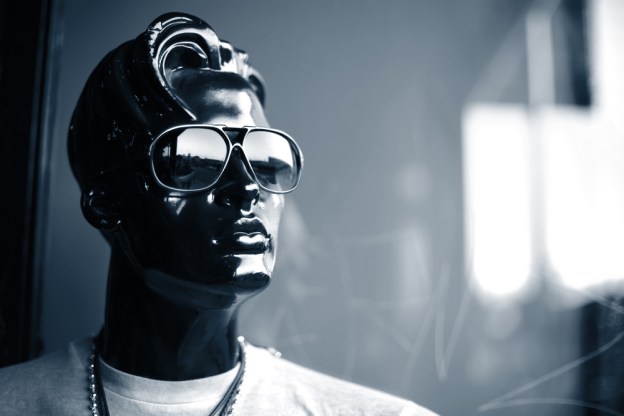 If you thought mannequins were little more than useless lumps of polystyrene used by clothing stores to show off their latest lines, think again. A number of high-profile chains are reportedly utilizing a new kind of high-tech mannequin fitted with a tiny camera to spy on shoppers in order to gain a better understanding of the kind of people coming into the store or simply passing by.

Benetton, for one, has started installing the EyeSee, created by Italian mannequin manufacturer Almax. It’s been on sale for almost a year and is currently being used in stores in the US and Europe. Up to now the technology, which uses face-recognition software, has been used in airports to help identify criminals.

A camera embedded in one eye of the special mannequin gathers data which is fed through to the face-recognition software, a Bloomberg report explained. The software identifies a shopper’s age, gender and race – data which the retailer can then draw upon when designing store displays and such like.

For example, according to Almax, one clothing store introduced more children’s garments after data showed kids made up over 50 percent of its afternoon visitors.

Of course, most stores have a good number of security cameras dotted about – cameras which could utilize the same face-recognition technology – but incorporating the tech into mannequins should provide more accurate data as they’re positioned much closer to the passing consumer.

“Any software that can help profile people while keeping their identities anonymous is fantastic,” said Uché Okonkwo, executive director of strategy and management consultancy company Luxe Corp, adding, “It could really enhance the shopping experience, the product assortment, and help brands better understand their customers.”

However, Colin Johnson of US fashion retailer Nordstrom is a little more cautious about Almax’s camera-equipped mannequins. “It’s a changing landscape but we’re always going to be sensitive about respecting the customer’s boundaries,” he told Bloomberg.

And if being watched up close by a mannequin isn’t enough to make the hairs on the back of your neck stand up, Almax is currently testing one fitted with a microphone to discover what a shopper says about what it’s wearing. Who knows, next they might start talking back at us, criticizing our poor fashion sense.

If you knew a particular store was using EyeSee mannequins, would it put you off going in?