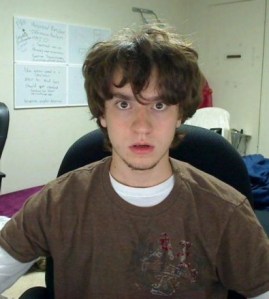 A US federal magistrate judge has ruled that Sony may learn the identities of anyone who visited the website of PlayStation 3 jailbreak hacker George Hotz since January 2009, Wired reports.

Hotz — a renowned 21-year-old hacker, famous for his iPhone jailbreaks, who goes by the handle GeoHot — has been accused of violating the Digital Millennium Copyright Act for hacking the Sony PS3 in a way that allows users to install whatever software they like on the normally-closed device. After completing the jailbreak hack, Hotz published an encryption key and software tools on his website, providing anyone with the means to recreate the hack on their own PS3.

The subpoena, issued by Magistrate Joseph Spero of San Francisco, requires Bluehost, which hosts geohot.com, to provide Sony with “documents reproducing all server logs, IP address logs, account information, account access records and application or registration forms” related to Hotz’s website. This includes “any other identifying information corresponding to persons or computers who have accessed or downloaded files hosted using your service and associated with the www.geohot.com website, including but not limited to the geohot.com/jailbreak.zip file.”

Additional subpoenas give Sony the right to access information from YouTube about anyone who watched a video showing the Hotz jailbreak in action, or simply commented on the video. Google must hand over logs related to Hotz’s Blogger.com blog, and Twitter must also relinquish any information related to Hotz’s tweets, including “documents sufficient to identify all names, addresses, and telephone numbers associated with the Twitter account.”

Sony’s reasons for requesting such a wide-reaching subpoena are two fold: First, they want to show how pervasive Hotz’s PS3 jailbreak is. And second, they want to provide evidence that a large number of people in northern California downloaded the jailbreak file, which would help justify them suing Hotz in San Francisco rather his home-state of New Jersey.

Technology rights advocates at the Electronic Frontier Foundation (EFF) say the subpoenas are too far-reaching.

“I think the these subpoenas, the information they seek, is inappropriate,” said EFF staff attorney Corynne McSherry.

Sony says Hotz’s jailbreak has helped people run pirated copies of games, which is one of their primary reasons for filing the lawsuit. Hotz contends that his jailbreak was written in such a way as to thwart pirates as much as possible.

Sony killed Linux on the PlayStation 3, and now it has to pay the price