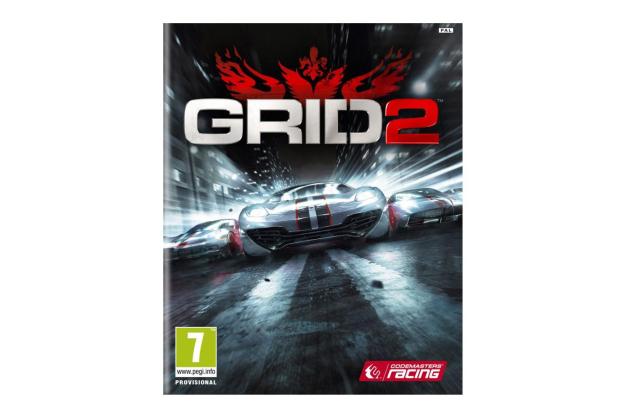 “Grid 2 tries to be everything to everyone, and almost succeeds”

Grid 2 wants to be a utopian racing game. It’s a one stop destination for motorsport fanatics, even if it makes about as much sense as having both baseball and cricket teams compete in the MLB’s World Series. Codemasters Southam’s latest prayer to the road is more than that, though. It’s yet another attempt to make a racer that truly brings together all the fantasies offered by driving video games even through reality may stand in the way. It wants to offer you the unbridled speed and escapist thrills of classics descended from OutRun, while at the same time offering the sort of technical-minded challenges rooted in Hard Drivin’. Racing cars that offer realistic physics with arcade demands on tuning.

The formerly Need For Speed branded Shift series from EA tried it. Last year’s open world experiment Forza Horizon and the original Race Driver: Grid too. They were all in some way conceived as games that would be all things to all racing fans. Want to take corners at unreal speeds and still find a way to recover your race, then have to drive a pitch-perfect line the next time you take the course? That was the goal. It’s rarely worked and even Grid 2 may not satisfy the true gear head. It is a remarkable attempt, though, and one that comes so close to achieving its utopian vision that it deserves praise.

Here’s the deal: You are the rising star of Chicago street racing. When Grid 2 starts up, you’re pushing your Ford Mustang into a short race through the Windy City’s midtown on a course sparsely populated by fans. After taking an easy win – though it’s possible to fail even here in the intro – the racing eccentric Patrick Callahan takes note of your skill and rising popularity, thanks to videos on YouTube, Twitter, and Facebook. After inviting you for a day on the test track, where you learn some of the fundamentals of driving and how to properly handle a heavy muscle car like the Mustang, Callahan chooses you to be his driver for the World Series of Racing. The WSR will bring together all the street racing communities of the world, from American circuit duelers, to Asian drift masters, and onto Europe’s storied technical racers.

To get the WSR off the ground, though, you have to tour the world, besting racing clubs in each region to earn both their respect and their fans. Starting in the US, then Europe, then Asia before competing in full world competitions, Grid 2 slowly blooms into a vast array of races and cars. At the beginning, your racing just a few clubs in America on a mere three evolving courses – like in the aforementioned Chicago and the hills of Northern California – but with each success (typically placing in the top three, so even the less skilled can make progress into the campaign early on) you watch a meter counting your fans tick up. First, you’re picking up a few hundred fans, then a few thousand, then tens of thousands once you start competing in the actual regional WSR tournaments. Late in the campaign, when you watch your fanbase climb into the tens of millions, the game gives a weird sort of thrill, creating an illusion of fame in the form of what’s basically an arcade high score. As the score gets bigger, the campaign expands, offering more and more events as the WSR expands and trickling out new tools as you move on.

The tools themselves aren’t the stars of Grid 2. The array of Ford, Chevy, Nissan, Audi, and the other manufacturers filling out the 50 plus car roster are beautifully replicated in the game, but that’s not the impressive feat it used to be. In the modern age of driving games, in the development community’s push for greater realism, the natural result has been an unfortunate sameness in presentation. The machines in Grid 2 look a whole lot like the ones in Need For Speed: Most Wanted. They look like Mustang models rendered on an Xbox 360, glossy and metallic but lacking in any kind of specific character. How they handle is a different story, and that’s where Grid 2 impresses the most.

Codemasters gave the technology behind Grid 2’s cars the name TrueFeel. From the first time you take a super tight corner in Grid 2, it’s clear that the game can’t be played like a freewheeling fantasy like Ridge Racer. These cars have believable weight and lift; taking a corner without slowing down guarantees a race-losing fishtail or a nasty crash when you clip a rock or some other loose debris. At the same time, it doesn’t feel so precise and exacting as even other Codemasters work like the Dirt rally racers. On straight aways and corners where you’ve learned how to perfectly glide through a drift, that layer of otherworldly fantasy from arcade racers shines through.

From speed runs to passing challenges to the promotional races you take on to unlock additional cars, the game just feels right which is surprising given that variety of options. Even more surprising is how it adapts at different difficulty levels. Grid 2 intelligently adjusts its driving assists depending on the type of game the player wants without dumbing down the game itself. It’s impressive even though racing against the computer still feels set in stone, which is to say you’re gaining on set positions without your competitors realistically adapting. First place is always in first place in street races and you’re just trying to catch them, so AI unfortunately hasn’t caught up with Codemasters’ other utopian ideals. Of course, that hardly matters in duels, score attacks where you’re passing other vehicles to rack up points and other events.

With the driving, the sense of accomplishment, and a moving fantasy that does truly feel like the best of both worlds, Grid 2 mostly does what Codemasters set out to do. It’s a quiet game, one that slowly reveals its best aspects to a diligent player. There’s a lot of racing similar courses again and again, a lot of failure and repetition. It all adds to the game’s quiet dignity.

Grid 2 could do what every other big racing game on the market does now, offer all glitz and noise, and ape the shining fury and licensed soundtracks of Need For Speed or the music festival hoopla of Forza Horizon. Codemasters’ game just goes for a slow, steady immersion. In your garage, it’s nothing but the cars and some slick ambient music that wouldn’t sound out of place on an ‘80s Brian Eno album. At the end of tournament, an all too real Sports Center broadcast talking about the rising sport you’re engaged in plays. The future of driving games may be in even bigger and brighter graphics and more ridiculously tangled social networking features, but in the present there’s Grid 2, an elegant example of what video game racing are.

(This game was reviewed on the Xbox 360 using a copy provided by the publisher).