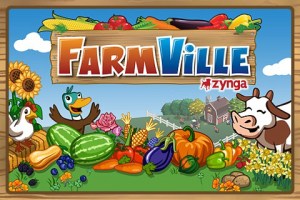 Truckloads of dollars continued to rain down upon Silicon Valley this week, with social game-maker Zynga completing a $500 million round of fund raising that placed the company’s value at nearly $10 billion, according to a report by All Things D.

Investors in the funding round, which All Things D’s Kara Swisher says is “essentially a precursor to an initial public offering,” include Morgan Stanley, Fidelity Investments and T. Rowe Price, among others.

The $500 million mark exceeds earlier reports by the Wall Street Journal and The New York Times, which placed the fundraising round’s estimated figure at around $250 million, and Zynga’s total value at between $7 billion and $9 billion.

The high value place on Zynga is primarily due to its close relationship with Facebook, where it developed many of its hit games, including FarmVille, CityVille and Mafia Wars. These games, while free to install, have helped indoctrinate customers into the practice of spending real money on virtual goods, like digital seeds in FarmVille. Zynga’s has done so well at this it is rumored to have earned $400 million in profits last year from the company’s some 275 million total users.

Zynga’s $10 billion valuation follows rumors that Google and Facebook were both engaged in preliminary talks with Twitter to buy the microblogging service for between $8 billion and $10 billion. And at the beginning of this year, Facebook was famously valued at $50 billion after it raised $500 million in investments from Goldman Sachs and others.

Some experts believe the astronomical value placed on these social media companies is evidence of a looming tech bubble that could eventual burst on investors.

Whether or not Zynga’s $10 billion valuation is telltale of inflated prices in the social media sector, or genuinely what the online game company is worth, will only be revealed in time. For Zynga’s sake, here’s to hoping people really want to keep raising fake sweet potatoes.