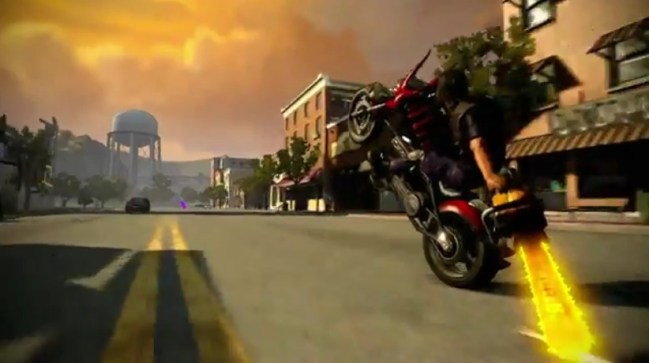 If you owned a Playstation One, there is a very good chance that you have memories of Twisted Metal. They may not all have been fond memories, especially if your buddies chose to hide in a bell tower and launch spectral missiles at you all day long because they simply refused to play the game like they should and instead hid like a coward and let their special attack do all the work while the real gamers were forced to run for their lives!! Sorry, the game brings back some intense memories.

For many, Twisted Metal was a series that combined three very cool elements—fast vehicles, powerful and original weapons, and the ability to wipe the smirk off of your friends’ face as you destroyed their Humvee with a guy on a motorcycle. But after the PSOne (and even during it when the later incarnations of the game began to show their limits), the franchise floundered and failed to capture the imagination of the fans. Part of that was likely due to the change from the original developer, SingleTrac to 989 Studios, and then later to Incognito Entertainment, but more likely people just felt that the franchise had hit its peak.

It has been 10 years since the last console game in the series, Twisted Metal: Black, and the property once again finds itself in the hands of many of the original developers of the game, who have gone on to form Eat, Sleep, Play Inc., This will mark the studios first full game, but despite the lack of a resume for the developer as a whole, the studio is packed with some of the best talent working today, including David Jaffe, the director of God of War and the original Twisted Metal games. In other words, there is a lot of cause to be excited.

The new game will feature most of the familiar combatants from the series, four-player split-screen action, and a multiplayer that will contain 16-players. Check out the trailer below and expect to hear more on this game in the coming months (especially at E3), and look for it as a PS3 exclusive on October 4.

[Warning: May not be suitable for all ages]