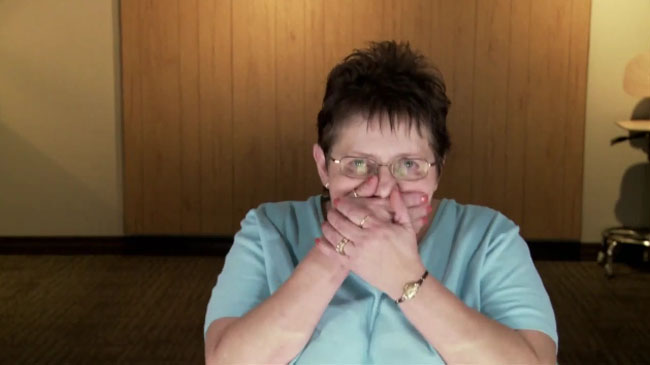 Not only do Visceral Games and EA want to scare the crap out of you with Dead Space 2, they want the game to be so scary and messed up that your mom will be a bit disappointed in you for playing it. As anyone that has ever been, or even known a teenager can attest, it is a brilliant strategy.

In the trailer below, EA lured several sweet and innocent looking mothers into a focus group for Dead Space 2, perhaps with promises of debuting the newest Hallmark or Lifetime movie of the week, where some plucky person does something amazing and all their hopes and dreams are rewarded thanks to the genuine and honest group of amazing people around them. Instead they watched as beleaguered hero Isaac Clarke brutally dismembers the twisted corpses of former humans who are trying to rip him apart, while also fighting off increasingly powerful bouts of insanity. It is not quite the same thing.

Check out some of the sadly hilarious reactions below in the trailer “Your Mom Hates Dead Space 2”. The game is due out for PC, PS3 and Xbox 360 on January 25.

[Warning: May not be suitable for all ages or mothers]