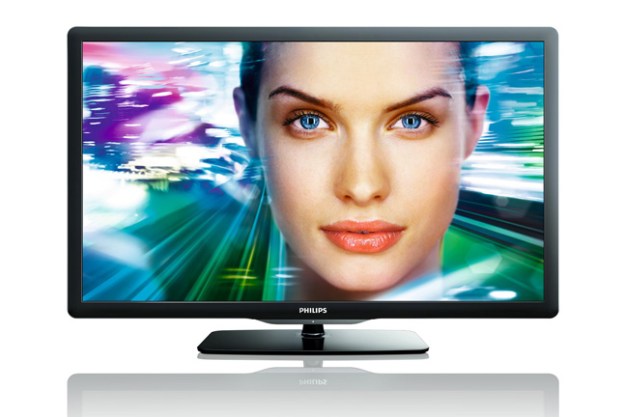 “While the Philips 40PLF4706/F7 does have some redeeming features, it lags behind competitors at this very crowded price point.”

Philips PLF4706/F7 series information: This review is based on our hands-on experience with the 40-inch 40PLF4706/F7 TV. However, our observations also apply to the two other sizes in Philips’ 4706/F7 series of LED TVs, including the 46-inch 46PLF4706/F7, and 55-inch 55PLF4706/F7. According to Philips, the three sets have identical specifications (save dimensions and weight) and should offer similar performance.

As a TV brand, Philips has always struggled a bit to find its identity. Remember Ambilight, which used LEDs to cast a colored glow around the screen that matched the content on it? The company has worked in earnest to come up with innovative and useful TV technologies rather than just make up useless proprietary processing modes with catchy names — and we applaud it for that. Unfortunately, the tactic hasn’t worked and, it would seem, Philips knows that.

We recently reported that Philips was going to be getting out of the TV business. Now, to be clear, the Philips brand name will live on, but as we understand it, a company out of Hong Kong will be chiefly responsible for designing and manufacturing the TVs soon. So, for all we know, this review may be for one of the final TV products to come from the Philips we currently know.

Over the last five years, the TV making business has gotten exceptionally cut-throat. To put things in perspective: In 2006, a 42-inch LCD TV was going for around $4,000. Today, a 42-inch LED-backlit 3D LCD TV can be had for around $750. That being the case, manufacturers must offer either exceptional performance, or average performance at an extreme value. We now see all sorts of new features sprouting up like QWERTY keyboards, intelligent optical sensors and, in Philips’ case, Media Connect, a wireless PC-to-TV streaming system that is built right in.

The question: Does Philips hit that crucial mix of performance, value and specialized feature combinations with its 40PLF4706/F7 40-inch LED backlit LCD TV? Read on to find out.

Aesthetically speaking, the 40PLF4706/F7 doesn’t make any major fashion statements. Both the TV’s bezel and the stand’s corners are smoothly rounded and made of glossy black plastic that look nice enough, but have a sort of cheap feel to them. The back panel is made of a resilient resin. We should note here that we were perplexed when we learned that the TV’s stand can not be swiveled.

The front of the TV is adorned with one removable sticker touting four marketing badges and the Philips logo. A hidden LED indicator below the logo lets you know the set is receiving IR signals from the remote, but that seems to be about it. Overall, a very clean front face.

In the box with the TV, stand and assembly hardware we found a remote control, batteries, and brief user manual.

As for connectivity, the 40PLF4706/F7 arranges its selection of digital inputs through two recessed bays. Here we found four HDMI inputs, an RGB input, PC audio input (for use with HDMI) coaxial TV in, a USB input and, rather oddly, a removable Wi-Fi adapter inserted into a dedicated slot. More strangely than that, however, is Philips’ decision to place the component video, A/V and LAN inputs facing outward on the back panel. That means anyone planning to use those types of connections will have a tough time mounting this set to the wall with shallow mounting hardware. We also found Philips’ choice to use a coaxial digital audio output rather than the far more common optical type rather interesting. Finally, we had a little bit of difficulty inserting our HDMI cable into the downward facing HDMI input in one of the recessed bays. Our HDMI cable has a fairly thick strain relief section that made wrangling the cable into place a little tough. Those with ultra-thick cables may find the task nearly impossible.

The remote for this set is very simple. All the basic functions are there, though we didn’t care for the way the menu and exit functions were tied to the same button.

The 40PLF4706/F7 is outfitted with a pretty broad selection of Internet TV and radio apps, which we’ll talk about in more detail later. For now, we must say that we were surprised to see this set does not offer access to YouTube, Amazon Instant Video, or Hulu Plus.

Perhaps the most unique feature to this TV is its inclusion of Media Connect, which allows PC users to transmit an exact image of their screens to the TV via Wi-Fi or Ethernet network connections. To do this, however, a software download from Philips’ website is necessary. Installing the software took little time and we were ready to project to the TV in no time. We should point out here that Philips has very specific computer and wireless router recommendations for the best HD video streaming experience. A Wireless N router is preferred, and if you can go dual-band, that’s even better. More on Media Connect in our performance section.

One of the things that struck us was the simplicity of the user menu built into this TV. Icons are very large, and the menus items are straightforward. Philips seems to have taken the novice user into consideration when designing its setup interface because, right out of the box, you are prompted to engage in a picture set-up wizard. This involves viewing a series of side-by-side images and selecting the one that best suits your tastes. Based on the feedback given, certain picture presets are made. Ideally, this would result in a picture well suited to the primary viewer, but we found the result wasn’t to our taste. Perhaps we were reading too much into the options we were given, but what we chose didn’t seem to line up with the results we got. It’s an interesting idea, but at the end of the day we are always going to recommend a manual calibration.

We can get behind the notion of simplicity, but we think that Philips took it too far with this TV. One of our biggest complaints is that this TV’s picture adjustment options are pretty limited. There’s no backlight control at all, just three color temperature presets, no gamma adjustments and, worst of all, these settings are universally applied to all the inputs in the TV. Whatever you setup for HDMI 1 will be used for every other input on the TV. There are no picture presets to revert to, either. We also found that some of the processing options added unwanted artifacts to the picture. The “color enhancement” processing added in color gradation what was visible and undesirable.

As for audio, Philips has placed two speakers on the back of the TV with plastic guards in place to isolate them from the wall. We think the audio from these drivers is actually routed down through the bottom of the TV, as there are grilles that run the length of the bottom edge, but it was hard to say for sure, since our ears were always right next to the drivers when we moved in for a closer listen.

First, the good points when it comes to picture: Despite not having a backlight control, we found that the 40PLF4706/F7 did a great job waging war against bright ambient light. Its matte-finished screen and vibrant picture kept the image from being washed out under the pressure of our bright-room testing. We imagine this TV will stand out from the crowd when placed on a merchant’s wall with dozens of competing models. Unfortunately, we find that sort of attribute loses its appeal quickly once the set has been home for a while.

We did our best to wrangle the TV’s limited picture settings to produce images of our liking and the brightness and contrast turned out pretty well, especially considering this set’s price-point, but no matter what we did, we just couldn’t get the color under control. It seemed artificially overblown on all the material we watched, especially on color-rich material like the movies Avatar and Cloudy with a Chance of Meatballs. That’s kind of a deal-breaker for us.

We had high hopes for Philips Media Connect, but difficulty getting it to stream smooth HD video to our TV via Wi-Fi. We must concede that the wireless routers in our office are not ideal for such high bit-rate activity, especially considering the amount of traffic they deal with. We will say that the 40PLF4706/F7 seems to pull in Wi-Fi signals pretty well, and didn’t have trouble locking in with our router and, provided the router it connects to is Wireless N, this feature should work pretty well. Ultimately, we had to connect both our laptop and the TV via Ethernet cable to get the service to work and, once we did, it was smooth sailing. Unfortunately, copy-protected DVDs and Blu-ray discs cannot be played over Media Connect, so bear that in mind. This service is best used for more convenient access to video files, audio files, YouTube and other Web video. We think the real benefit here is that it is faster than DLNA and doesn’t require the use of a USB thumb drive.

Picture quality and Media Connect stuttering aside, we found there were a few other quirks that bothered us with this set. Navigating the Net TV menu and in and out of content from the apps was a little sluggish at times. Also, it seems like there were some redundant apps listed in the menu. We counted three different ways to access Facebook, which just seems unnecessary and potentially confusing. The CloudTV widgets and games just weren’t all that impressive. We’d prefer to have seen YouTube and Hulu Plus access over the CloudTV and even VTuner apps, frankly.

With so many strong options in this size and feature segment, Philips needs to provide a product that either out-performs, out-features or out-prices the competition. Unfortunately, we don’t feel the 40PLF4706/F7 does any of those things. Media Connect, while a fun concept, just doesn’t seem that practical considering there are other options available that offer similar functionality. The limited control of the set’s picture quality was also a big problem for us, and Philips’ selection of connected apps was muddled and missing major players like YouTube. While the 40PLF4706/F7 does have some redeeming features, it lags behind competitors at this very crowded price point.