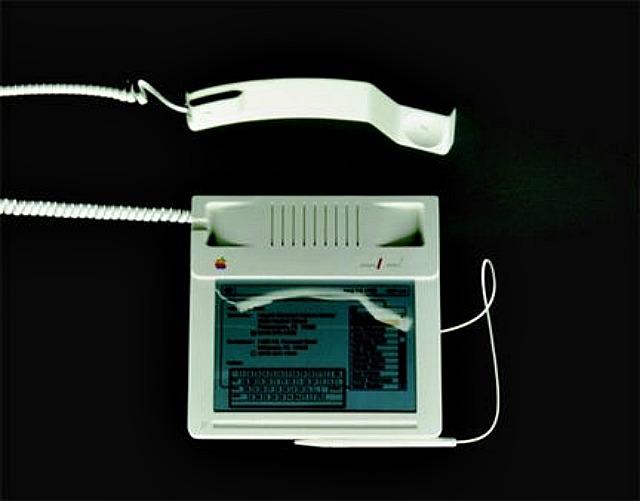 Here’s a nice little bit of Apple trivia for you. Apple’s first touchscreen technically wasn’t the 2007 launched iPhone. The company had apparently designed a prototype of a touchscreen landline phone back in the 1980s.

It’s an interesting look into the early game plan which eventually gave birth to the iPhone. The all-white stationary device’s point of origin seems to be 1983. It features a stylus to interact with the built-in screen, and one of the pictures shows off some sort of accounting and check-writing application; possibly using a modem to pay bills.

The phone prototype never made it into production, but it was supposedly designed by Harmtut Esslinger. The German-American Esslinger is the guy behind the Apple IIc, which was the company’s first push towards a portable computer. The 1983 touchscreen phone definitely has some of the Apple design elements from that period. Hartmut Esslinger later went on to found a company called Frogdesign.

Mashable points out that this actually isn’t the first time these pictures have been passed around the Internet. However, interest in the old prototypes has been renewed thanks to a peek at the Stanford University stockpile of Apple documents, which had previously been locked away. These archives were donated to Stanford back in 1997 when Jobs returned to the company after being forced out.

Apparently there are a large number of prototype’s squirreled away, some resembling Apple’s current products. There’s even a device that looks like a tablet. It would be great to see a museum documenting the trail of Apple’s cast-off ideas, given the company’s philosophy of simplicity. Hopefully Stanford opens up the collection to the public at some point.