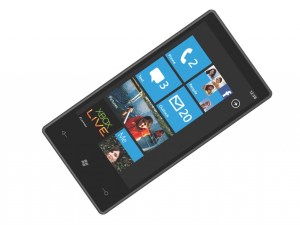 Windows Phone 7 is not yet a runaway success. Today, Microsoft announced that it has sold 2 million WP7 devices to wireless carriers, up from the 1.5 million it announced about five weeks ago. Not bad, but the company has a lot of work ahead if it hopes to catch up to the sales of Android and iOS devices, which are each activated at a rate of 200,000-300,000 per day.

During its first six weeks on the market, Microsoft sold 1.5 million devices to wireless carriers and during the next five weeks, it has sold only 500,000. This indicates that it’s taken a lot longer for carriers to sell out their initial supplies of WP7 devices than Microsoft is letting on. As usual, the software giant touted the high satisfaction rates of WP7 customers (93 percent), implying that word of mouth will eventually help the OS take off. Recently, an LG executive stated that though it likes the intuitive nature of the OS, sales of its WP7 device have been slower than expected.

“Sales are an important measure, but for a new platform we think customer satisfaction and active developer support are more important indicators of how sales will be over the long term,” Microsoft senior product manager Greg Sullivan told AllThingsD. “One of the key ways that we’ll measure success of Windows Phone is did we ship a phone people love.”

However, if app developer support is any indication of success, Microsoft is doing something right. The Windows Phone Marketplace (Microsoft’s app store) now has 6,500 apps, up from around 5,000 in late December. Again, hardly comparable to the 300,000+ apps on the iPhone and 100,000+ apps on Android, but a good start for such a young operating system. 24,000 developers have signed on to create content for the Windows Phone 7 platform.

Video-editing app LumaFusion to get a Galaxy Tab S8 launch
iPhone Flip: what we know about Apple’s foldable plan
The best voice-recording apps for Android and iPhone
Apple iPhone 14 vs. Apple iPhone 14 Pro
My 5 favorite iOS 16 features (and 1 I hate) after using it for two months
Best Phone Deals: Save on Google Pixel 6, Galaxy S22 Ultra
Does the iPhone 14 have a 120Hz display?
How to transfer WhatsApp messages from Android to iPhone
Best cheap Fitbit deals for September 2022
The Uber hack is an outrageous tale of a teen hacking for fun
The best Samsung Galaxy S22 screen protectors for 2022
LG’s doomed Rollable phone appears on video to show us what we missed
How to transfer your SIM and phone number to an iPhone 14