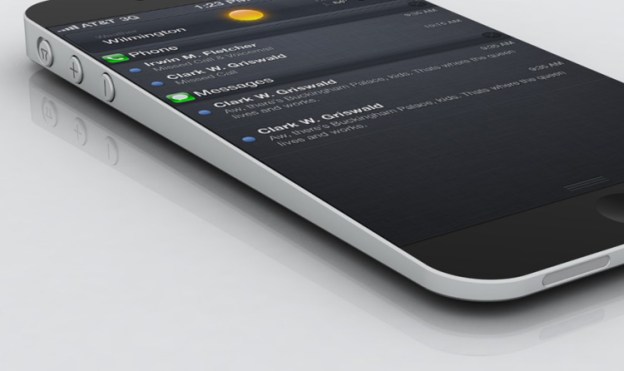 The long-awaited iPhone announcement has come and gone, and now anticipation over the next-gen model has already begun. Ridiculous? Yes. Expected? Definitely. Apple fanboys waited and waited and waited as Apple missed its regular launch schedule. And while the iPhone 4S has set records, the iPhone 5 is still at the forefront of many minds.

And one thing we feel it’s important to point out–sure, the iPhone 4S sales numbers are outstanding, but let’s not just glaze over some of the details. Three networks now carry the iPhone, not one, so besting former numbers should obviously be easier and easier. Less concretely, we think it’s safe to say that the lengthy wait also built enough anticipation to make users dissatisfied enough with their old iPhones to “need” an upgrade.

All that aside, not much has been said about the iPhone 5 since the 4S’ launch. We’re all still experiencing some iPhone hangover, but here’s an obligatory update on the state of the next-gen handset.

Why wasn’t it released now?

The rumor is that production delays stemming from last February are to blame. Foxconn tells 9to5Mac that integrating Siri into the new iOS was part of the hold up, throwing Apple’s entire schedule off. The iPhone 4S was supposed to be released at WWDC along with iOS 5, so when that got pushed back, so did the iPhone 5. That, coupled with production snags, led to the decision to release the phone later.

Was Steve Jobs involved in its production?

According to Cnet, industry analyst Ashok Kumar claims two different teams at Apple worked on the iPhone 4S and the iPhone 5 separately—and the iPhone 5, not the 4S, was headed by Jobs. “[It] was the last project Steve Jobs was intimately involved with from concept to final design,” he says.

When will it be announced?

The latest is that the iPhone 5 will be available in the summer, so a spring or early summer announcement would make sense. Although Apple has no qualms about pushing these things back.

Will sales numbers falter because the 4S was just released?

If the story that Jobs headed iPhone 5 production sticks (and we’re sure it will), the device is likely to reach iconic status by the time it’s released. We’ve also heard that the iPhone 5 will sport a completely overhaul and new design, which is always a temptation even if you just scooped up the 4S. These two things, combined with the fact that an iRelease can make time stand still and usually sane people act like lunatics, the iPhone 5 should fare just fine.