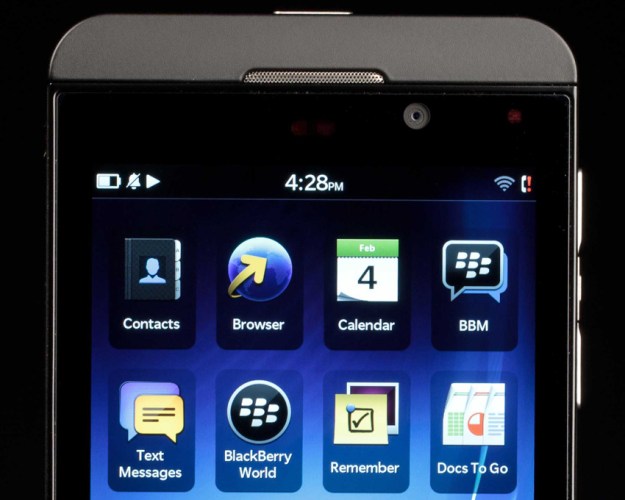 Details regarding the new features including in BlackBerry 10.1, the first major revision of the BlackBerry 10 OS, have started to appear, following the release of a new version of the software development kit. The developer software was made available to download yesterday, and keen owners of a Dev Alpha handset or the new BlackBerry Z10 have already started to list some of the changes over in the CrackBerry forums.

So far, the changes highlighted are mostly cosmetic, or simple tweaks to existing features. However, the big news is that HDR will be added as a photographic option. HDR is a popular feature on many high-end smartphones, including the iPhone 5 and the Sony Xperia Z, where it can also be applied to video, so it’s good to see it added to BlackBerry 10.

Another interesting addition is the return of PIN-to-PIN messaging. Established BlackBerry users will remember this is how this were done before BlackBerry Messenger, where you could exchange messages with people not in your contact list provided you had their PIN. This way of doing things was dropped for BlackBerry 10, but is apparently back in BlackBerry 10.1.

One other change which caught our eye is it’s now possible to unlock your phone using the power button, rather than the gesture method which is standard at the moment. Anyone coming from Android or iOS will probably welcome this, as reaching for the power button to wake up the screen will be a well formed habit.

Aside from these, the alterations are minimal. For example, there’s a new set of help and demonstration videos when you first startup the phone, alerts are now customizable for individual apps, numbers can be copied and pasted into the dialer, plus newly downloaded apps can be opened directly from BlackBerry World.

The BlackBerry 10.1 update is recommended only for developer use at the moment, so unless you’re really confident in your ability to handle pre-release software, it’s best to wait until it’s made officially available before trying it out.