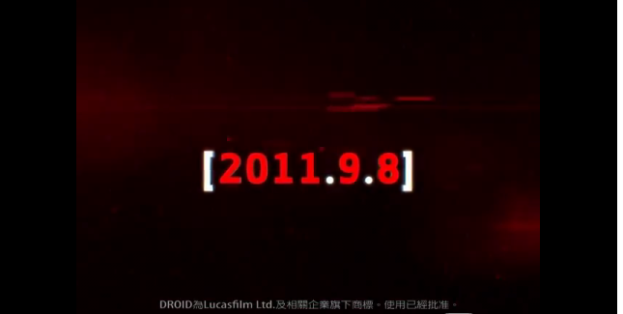 Nearly nine months after being first announced the Droid Bionic looks to have an official launch date. Seeing as Motorola and Verizon have been teasing us for months about the impending release it’s hard to call this date official. In a pair of Droid Bionic commercials posted on the companies youtube channel, the date September 8 is flashed on the screen. Of course the video is in isn’t in English, but seeing how they have both a Korean and Chinese version we are guessing that date applies for the US launch as well.

The Bionic has always been a beast of a phone, and after the redesign that beast was given a face lift. The newly redesigned Bionic will be the first dual core LTE phone available. Up until now Verizon customers had to decide between a dual core device or a blazing fast LTE connection, but that looks like the debate is coming to a close.  The Bionic might not be the only dual core LTE phone for long though, with the newly announced Galaxy S II LTE phone most likely coming to the carrier most likely code named the Droid Prime in the near future.

At this time we wanted to point out just how long this journey has been. The Bionic was first announced at CES in January, alongside HTC’s Thunderbolt. After skipping the launch with the Thunderbolt the Bionic went underground for a few months. When it resurfaced it was redesigned, and enlarged. The Bionic was first announced with a 4.3inch screen and during it’s hibernation rumor had it that the screen had grown to 4.5-inchs, but the latest rumors seem to disprove that.

It’s hard to tell why exactly it took so long for the Bionic to come to market, and why it was redesigned. Currently all three LTE phones on Verizon have a 4.3-inch screen, and single core processors, so maybe the 4.3-inch screen market would have been too cluttered if the Bionic came out earlier. The common gripe about all three LTE phones is the battery life, the LTE antenna is just too power hungry, so maybe Motorola delayed the launch to try and improve battery life.

Whatever the cause for the delay, the phone will be coming out within the week, and hopefully the time it spent hiding was well worth the wait.